GREEN PARTY leader Eamon Ryan has addressed claims he fell asleep during the Taoiseach Micheál Martin State apology to the survivors of Mother and Baby Homes.

The accusations emerged after a video still of the Transport Minister was shared on social media in which Ryan could be seen sat with his head tilted to the side and his eyes shut.

Martin could be seen in the foreground of the shot, delivering the 15-minute address which following the publication of the Mother and Baby Homes report.

Many on social media were quick to condemn Ryan over his alleged actions.

However, a spokesperson for the minister rejected any suggestion he had fallen asleep during the meeting at the National Convention Centre.

“Minister Ryan listened carefully to the entirety of the State apology made by the Taoiseach in the Dail on Wednesday," they said.

“He fully supports his party colleague Minister O’Gorman in the work he and his department are doing to address the terrible wrongs that occurred in the Mother and Baby Homes.” 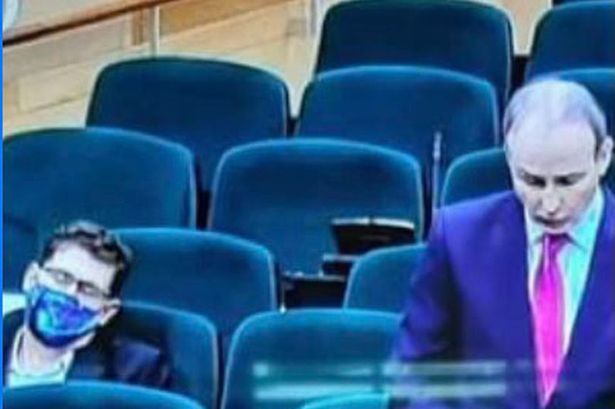 It wouldn’t be the first time Ryan has been forced to address accusations of falling asleep on the job.

Back in July, the Green Party leader was forced to issue a statement explaining he “deeply” regretted “nodding off” during a Dail vote on workers’ rights.

The TD was caught on Oireachtas TV catching some shut-eye during a vote on an amendment to a Social Democrats’ workers’ rights bill.

Ryan later described it as  a “moment of human frailty”.

The Dublin Bay South TD told RTE Radio One’s This Week In Politics: “I nodded off briefly, but I voted, I think I was one of the few party leaders who were there.

“But I regret it deeply, it was a moment of human frailty but that’s something I regret.”

More recently, he was accused of falling asleep in the Dail for a second time only for it to later emerge that he was actually looking down at a mobile phone.