Family of Nora Quoirin offer £10,000 for any information leading to her return

THE PARENTS of missing teenager Nora Quoirin have offered a substantial sum of money for any information on her whereabouts.

Nora’s mother Meabh gave a statement to the press today describing the family’s heartbreak at their daughter’s disappearance. The fifteen-year-old, who has learning disabilities, has not been seen for nine days after vanishing from her hotel room in Malaysia.

Now her family are offering a £10,000 reward for any information which may lead to Nora’s return.

The money, 50,000 in Malaysian ringgit currency, was donated by a Belfast-based business who wished to remain anonymous.

The family are hopeful that the reward may be of help in the desperate search for Nora. 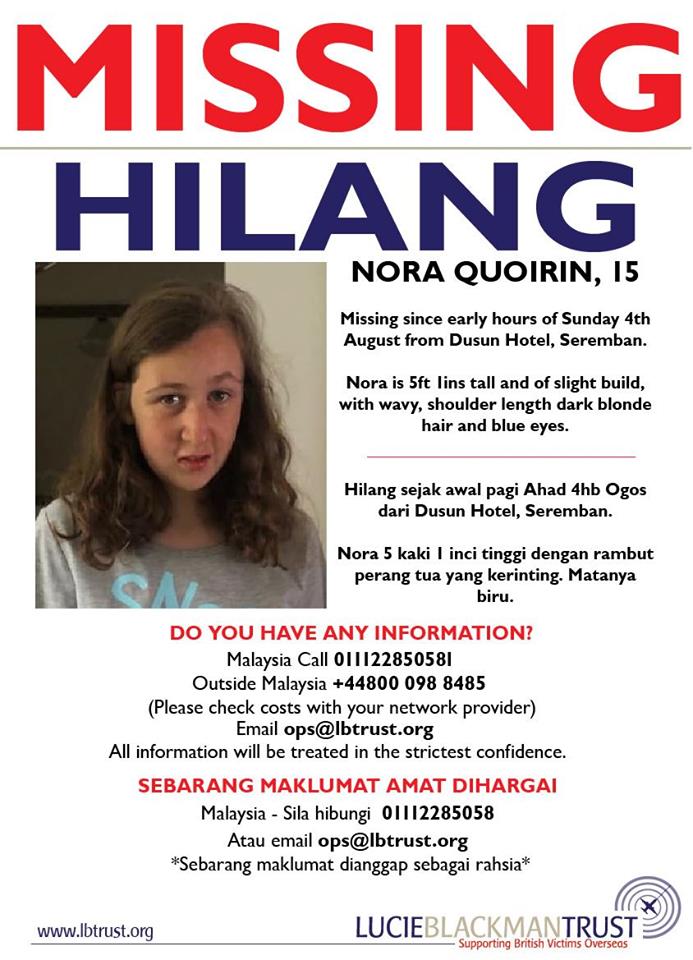 A team of around 350 people have been scouring the jungle near where Nora was last seen, with both Irish and French police assisting in the investigation.

Malaysian police are currently analysing unidentified fingerprints on the window of Nora’s room, and on Friday 9 August, footprints were found in the jungle close to where the teenager vanished.

In an emotional statement, Nora’s mother Meabh said:
“Nora is our first child. She has been vulnerable since the day she was born. She is so precious to us and our hearts are breaking.”

The teenager is believed to have been barefoot and in pyjamas when she disappeared.