A GARDAI investigation has been launched after the family of George Nkencho was targeted with racist ‘hate mail’.

The letter reportedly contained both racist and offensive language aimed at the family of the slain Dublin man.

A garda spokesman said: "An Garda Síochána is investigating the origination and contents of correspondence which has been brought to our attention."

It comes exactly a week after the 27-year-old was shot and killed by armed garda officers outside his home in Clonee, on the Dublin-Meath border. An investigation into the shooting is already underway.

Officers allegedly opened fire after a protracted standoff which began after the Gardai responded to reports of Nkencho threatening staff in a local supermarket.

Nkencho is also alleged to have assaulted the supermarket’s assistant manager after he attempted to confront him over his behaviour.

The incident sparked several days of protests in the Blanchardstown area of Dublin. 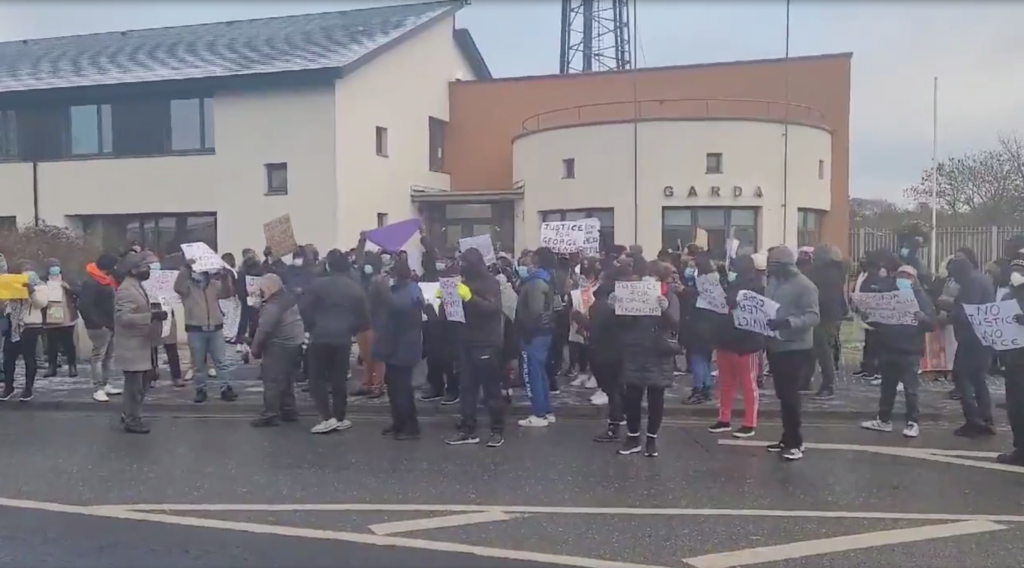 Since the shooting, Nkencho’s family have also had to deal unfounded claims regarding their son, which surfaced online in the wake of the incident.

Speaking to RTE Radio One, the family’s solicitor Phelim O’Neill said they are awaiting the findings of the investigation into the circumstances around George’s death.

Mr O’Neill said: “It’s been difficult for the family and the wider African community

“There is an obvious desire to question why George was shot by armed gardai and have their questions answered.

“I have been engaged by the family to vigilantly scrutinise all the independent statutory processes that necessarily follow a tragedy of this kind, so we intend to actively engage with GSOC with a view to establishing the truth.”

O’Neill also sought to address some of the inaccurate reports circulating online regarding Nkencho’s background – including the fale claim he had criminal convictipns.

“It’s true that George certainly struggled with his mental health in recent years but he was a person of good character,"” he said.

“The statements online that he only came to Ireland as a teenager in recent years are untrue.

“George actually grew up in Ireland, he lived peacefully with his family in Blanchardstown for over 18 years.

“The statements that he had a criminal record are untrue because George had no previous convictions.”