GARDAÍ ARE still searching for the woman who threw a smoothie at Leo Varadkar in a park in Dublin.

The young woman has yet to be identified 11 days after the incident took place in Merrion Square while the former Taoiseach was doing a TV interview.

In videos shared widely across social media, the woman in question approaches the Tánaiste wearing a mask and holding a skateboard.

She throws a drink in his face before turning and running away.

The Fine Gael leader can be seen trying to dry himself off before the video cuts off.

Jesus, this is a poxy thing to do, regardless of your political view. pic.twitter.com/f3cRpJ3xPV

The incident caused uproar, with some calling for politicians in Ireland to have greater security, but Gardaí are no closer to identifying the suspect.

According to The Times, Gardaí from Pearse Street in Dublin are pursuing several lines of inquiry and examining CCTV footage from the area from the time the incident took place.

They have footage of the woman, believed to be in her 20's, leaving the area, but she cannot be identified due to her wearing a face covering. 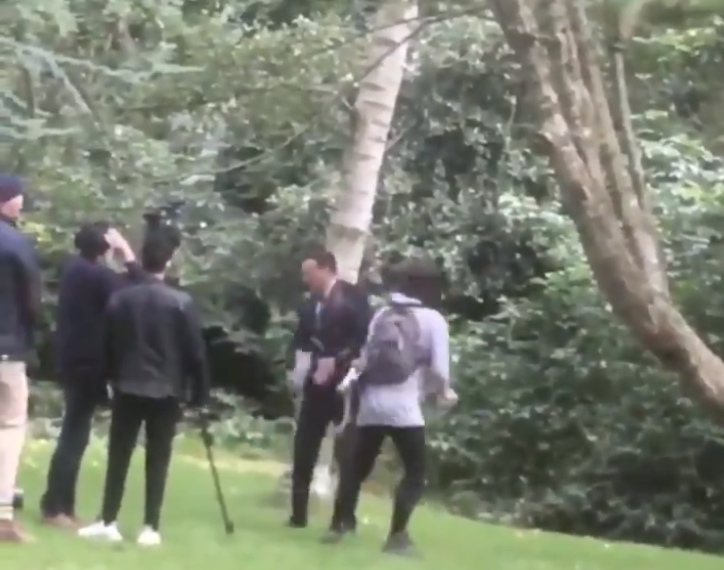 The woman, believed to be aged in her 20s, threw the drink and ran

Mr Varadkar, speaking about the incident later, said he "thought it was Avril Lavigne" as he noticed her approach holding a skateboard.

“When I saw her coming towards me I actually thought she was Avril Lavigne at first because she had the skateboard and everything - but she wasn’t.

“She also had a smoothie, which ended up all over my face and halfway down my suit, but I had a spare suit so I just got on with the day’s work.

“I haven’t spoken to the gardai yet, but I believe that they’ll want to speak to me and I’ll do that next week.”

Investigations into the incident are continuing.