A MINKE WHALE has washed up on Tyrella Beach in Co. Down this morning.

The huge creature, which is believed to be around eight metres (27ft) long, was first spotted around 11am on Monday morning by members of Newcastle Coastguard.

A spokesperson said: "Newcastle Coastguard were paged to locate a minke whale in the Tyrella Beach area which had been washed in by the morning tide. 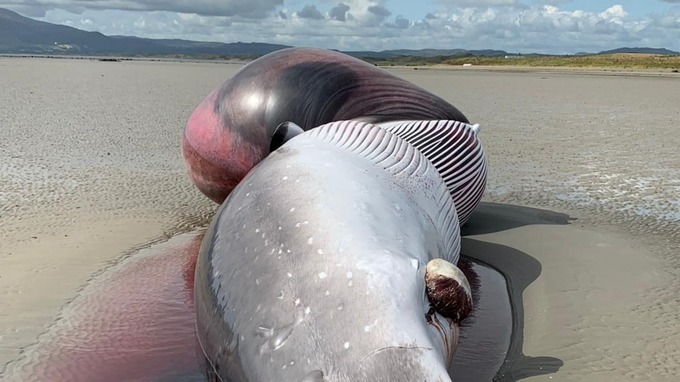 "After searching along the coastline we located the whale and awaited the arrival of NEA (Northern Ireland Environmental Agency) who took samples and measurements etc."

Relevant authorities have been surveying the situation all day and have encouraged members of the public to stay off the beach until the process has been completed, the cause of death identified and the whale removed.

"I would really advise members of the public not to come down to the scene," the spokesperson told Belfast Live. 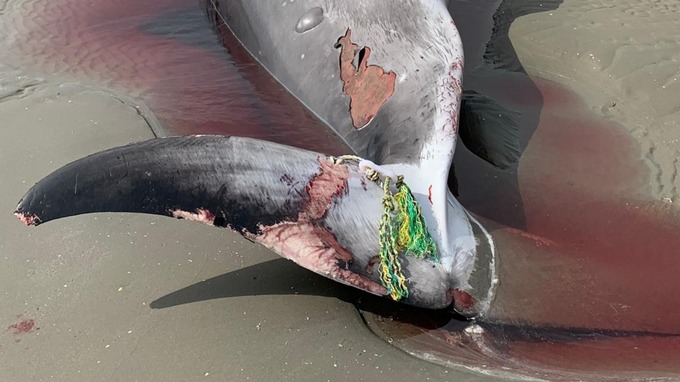 "Officials are now working towards the removal of the whale from Tyrella Beach but it is not yet known how this whale died or if it has any diseases.

"It could be harmful to other animals, we are unsure at this stage, but we would just ask people to stay clear."

Photos have emerged which appear to show the whale tangled in a fishing net, but whether or not this impacted on the death of the animal is unconfirmed.

WATCH: Orcas spotted swimming alongside boat off the coast of Northern Ireland

Motorcyclist killed in two-vehicle collision in Co Down