HUNDREDS of people dressed as Kate Bush from her music video for the song Wuthering Heights descended on a wily, windy Dublin park on Saturday. 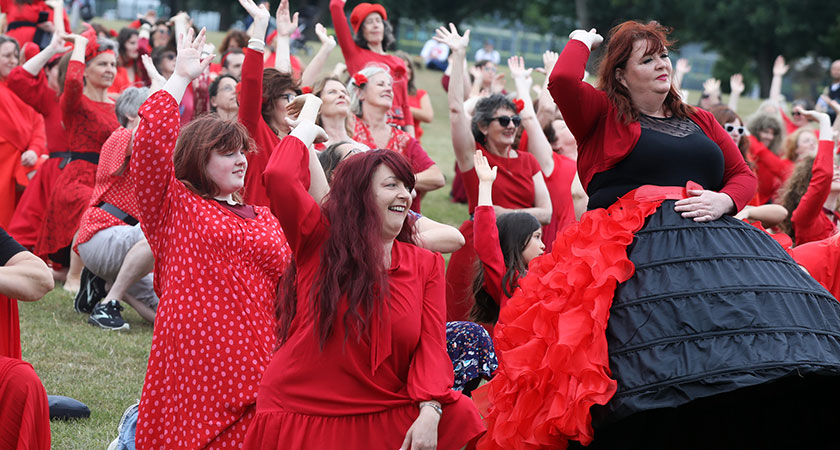 Both the song and dance were inspired by Emily Brontë's 1847 novel, Wuthering Heights, which tells of the turbulent relationship between Heathcliff and Catherine Earnshaw. 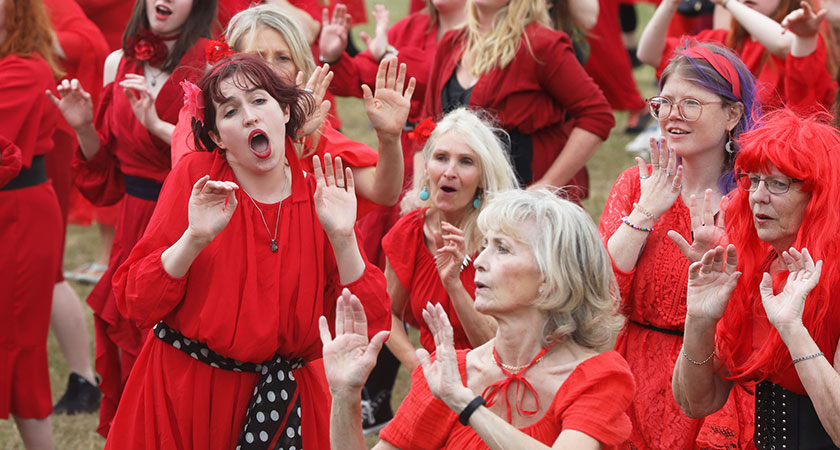 The event is one of several held across the globe annually on July 30 — the birthday of both Bush and Brontë.

The first such event, The Ultimate Kate Bush Experience, was held in Brighton in 2013, organised by theatrical dance group Shambush! 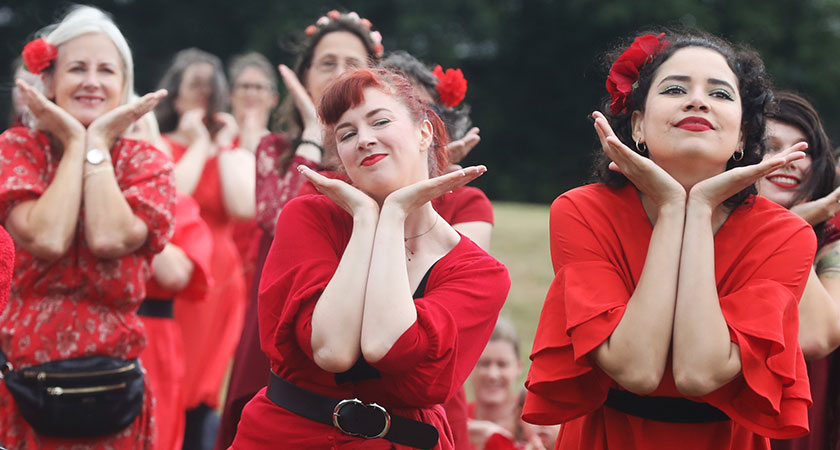 It inspired other Most Wuthering Heights Day Ever events around the world, including in Ireland, Britain, the USA, Australia, Germany and many more.

Saturday's event in Dublin was organised by volunteers on a not-for-profit basis.

A €5 registration fee covered insurance and additional costs, with any remaining money donated to Women's Aid.

This year's event raised €3,000 for the organisation, which has been working in Ireland to stop domestic violence against women and children since 1974. 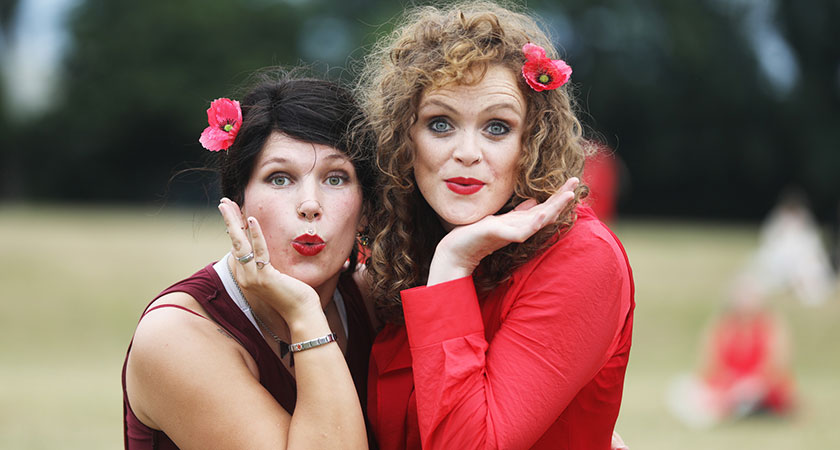 The day kicked off at 1pm, featuring a group rehearsal, performance and picnic.

Written by Bush when she was just 18, Wuthering Heights reached No. 1 in several countries, including Britain and Ireland. 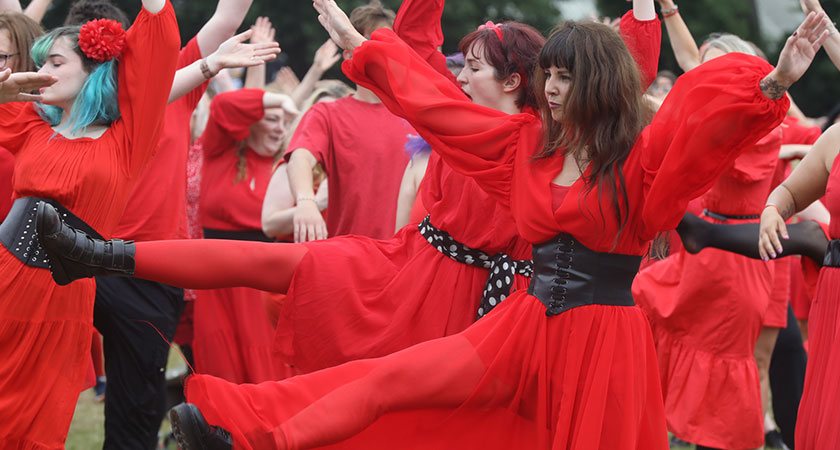 After a critically acclaimed career, the second-generation Irish woman topped the charts in both countries for a second time earlier this year with Running Up That Hill.

Originally released in 1985, the song has enjoyed a resurgence in popularity after being featured in the hit Netflix series, Stranger Things.