THE IRELAND rugby team was joined by opponents Scotland in opting not to “take the knee” ahead of their Six Nations clash.

During the "moment of reflection" preceding the game at Murrayfield all 15 players on either side remained standing.

It had been the tradition in rugby for players to stand for a moment of silence before games as a mark of respect. However, in sports like football, players have chosen to use the moment of reflection to take the knee in a show of support for the anti-racist Black Lives Matter (BLM) movement.

While several England players have opted to kneel during the Six Nations, both the Ireland and Scotland teams had so far chosen to remain standing.  All of the teams involved in the Six Nations are opposed to racism, having signed up to the Rugby Against Racism initiative, but players have the choice to stand (as is tradition) or kneel (if they wish to).

In the case of Scotland vs Ireland, they chose not to take the knee or kneel with many fans on Twitter appearing to show appreciation for the move.

“So, neither Scotland or Ireland teams took the knee,” one wrote. “Well done lads. Have a good game.”

“Ireland and Scotland well done. Not one got on their knee in subservience to a Marxist group,” another said.

“Well done Scotland and Ireland,” a third added. “Sport no place for political gestures like taking a knee.” 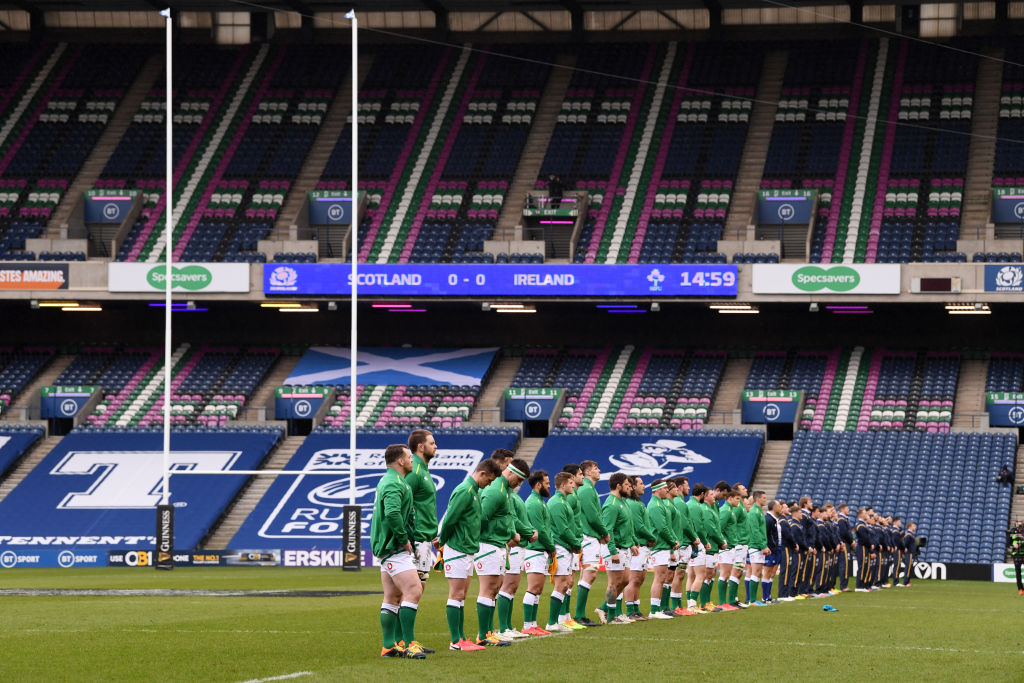 The Irish Rugby Football Union (IRFU) has previously defended the right of its players to choose how they wish to show their support for the sport’s anti-racism initiative.

Scotland coach, Gregor Townsend, previously offered his support, saying he "100%" backed his players' decision not to kneel while the English Rugby Football Union (RFU) has stress it is down to the individual.