IRELAND'S first ever 'reverse vending machine' is to be set up in Co. Monaghan.

A reverse vending machine is designed to pay people in exchange for their plastic bottles.

The machine will be officially opened today in Market Square Shopping Centre, Carrickmacross.

The way it works is it will give customers a 10c voucher in return for depositing a plastic bottle. The voucher can then be redeemed at the SuperValu inside the shopping centre.

The plastic bottles are then recycled and used for local packaging. 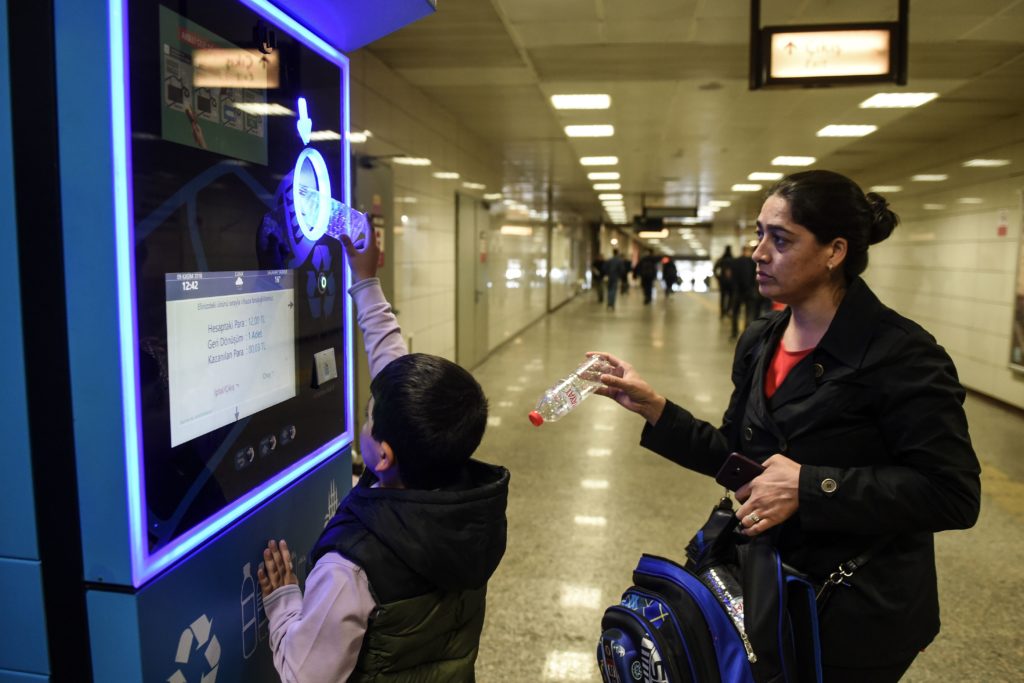 A boy and his mother put plastic bottles into the vending machine in exchange for credit in Istanbul, Turkey.

Behind the initiative is the Carrickmacross Tidy Towns committee, who got the idea from Germany, where a similar system has been in place since 2003.

There are reportedly around 80,000 reverse vending machines in operation around the globe, but this is Ireland's first.

Brenda McGuigan, the treasurer of Carrickmacross Tidy Towns, said that she hopes that if the initiate is successful, it can replicated all over the country.

In a statement on Monday, Carrickmacross Tidy Towns said: "We are very excited to launch the 1st Plastic Bottle Reverse Vending Machine in Ireland, today in Carrickmacross.

"Minister for Business, Enterprise and Innovation Heather Humphreys will officially launch the Project this afternoon."

The initiative has been assisted by Irish companies, Shabra Plastic and Quinn Packaging. Funding has also been provided by the Monaghan County Council.

It's due to be in operation for at least 12 months.