THE IRISH public and businesses have donated one million vaccines to poorer nations, UNICEF says.

The Irish charity's 'Get a Vaccine, Give a Vaccine' campaign, which launched just two months ago, urges the public to donate the price of life-saving vaccinations to poorer countries when they themselves get the jab.

The campaign was backed by Irish superstar Liam Neeson, who appeared in adverts and asked the Irish public to help save the lives of those in countries which cannot afford to buy millions of Covid-19 vaccinations.

UNICEF say a donation of around €4.50 will allow them to provide two vaccine doses to some of the world's most struggling nations-- and since June, the Irish public and businesses have raised over €2.5 million-- a total of over one million vaccines.

UNICEF Ireland Executive Director said the charity has "never witnessed anything like it before", and is "simply blown away" by the Irish people's response to the campaign, RTÉ News reports.

He lamented that the world's wealthiest nations-- including Ireland-- were able to vaccinate the "vast majority" of their citizens, while some countries have vaccinations rates of far below 5%. 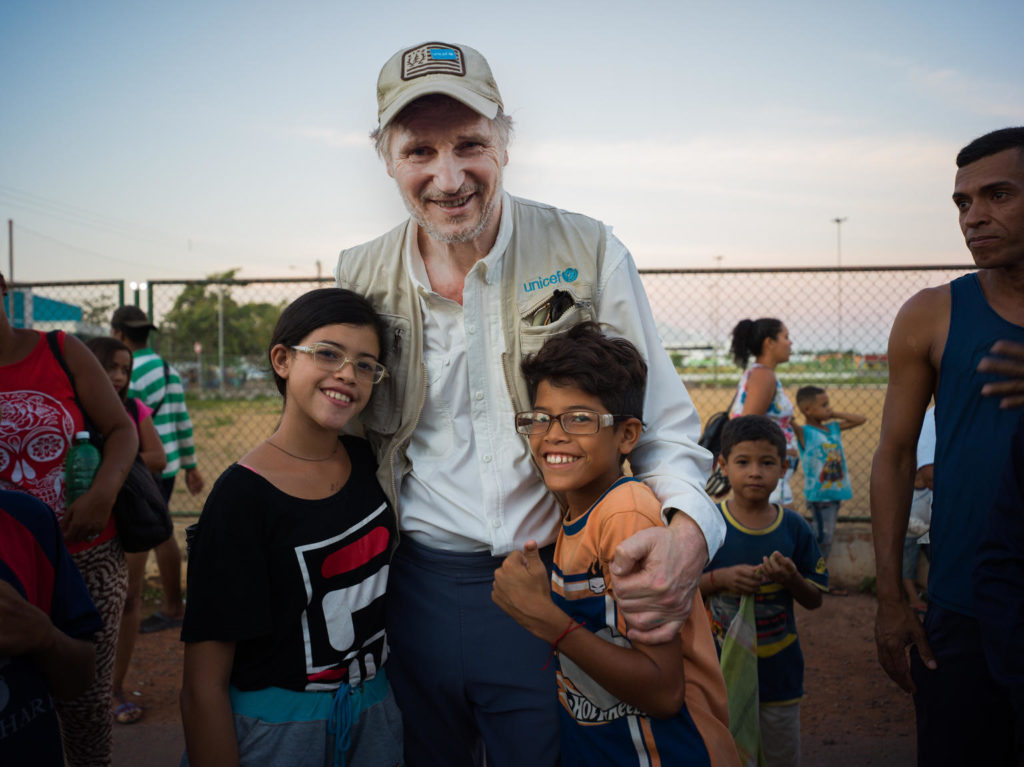 Liam Neeson appears in the UNICEF 'Get a vaccine, give vaccine' campaign

"By supporting this campaign in huge numbers Irish people have recognised that inequity and have taken this tangible expression of solidarity with people who have no access to vaccines," he said.

Ireland's own vaccination programme is a month ahead of schedule, as, after a rocky and slow start, almost 3.5 million people have had one dose, and 2.7 million are fully vaccinated against Covid-19.

Young people over the age of 16 have been eligible to receive a vaccine for a number of weeks, while children over the age of 12 can register for a vaccination-- with their parents' consent-- from today.