THE LIFE and achievements of World Cup winner and Republic of Ireland manager Jack Charlton are being celebrated with a special postmark.

Charlton was a key member of England’s 1966 World Cup winning side and played 773 games for Leeds United – a club record that remains in place to this day.

To Ireland fans, however, he was the man that guided the national team to unprecedented success with an appearance at Euro ’88 and successive World Cup tournaments in 1990 and 1994.

Royal Mail and An Post are jointly commemorating the life of Jack Charlton with the special postmark.

It’s the first time the two have collaborated on a postmark, reflecting the important role Charlton played in football for both nations. 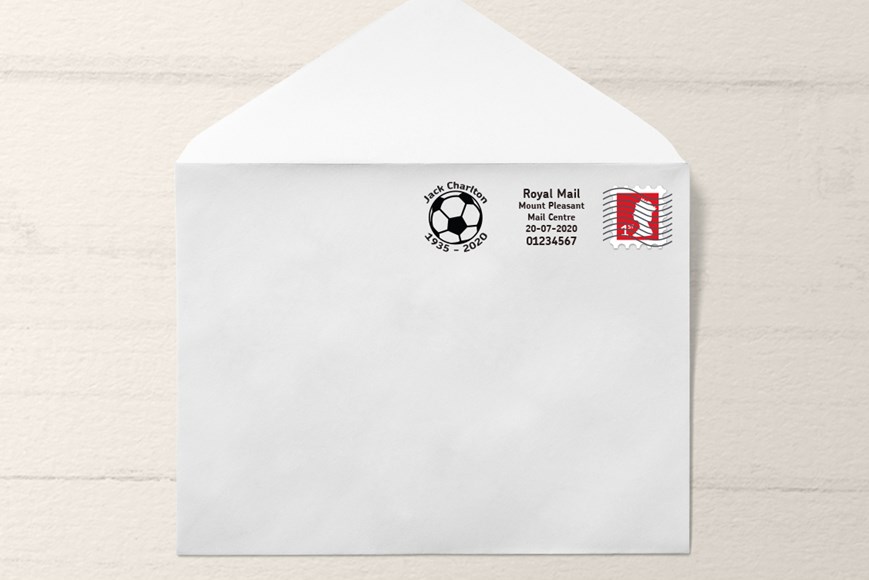 It will be applied across stamped mail posted in England and the Republic of Ireland from Monday 20th July and will run until Sunday 9th August.

Both postal companies hope collaborating on the postmark will enable all those who remember Jack Charlton with great respect and admiration, to celebrate his sporting legacy.

David McRedmond, CEO at An Post said: “Jack Charlton will always have a special place in the hearts and minds of Irish people.

“He gave our nation many of our happiest and proudest moments. Jack was the greatest example of a culture shared across these islands: that a proud Leeds player, a tall English football hero could become an Irish legend.

“That’s why it is so fitting that he should be the subject of the first joint postmark between An Post and the Royal Mail.”