TAOISEACH Leo Varadkar and UK Prime Minister Theresa May have announced that talks to end the two-year political impasse at Stormont will be rebooted in Northern Ireland.

A joint statement from the Irish and British leaders confirmed the new round of talks on Friday afternoon – little more than a week after the New IRA's murder of journalist Lyra McKee in Derry sparked fresh calls for power-sharing to be restored.

Mr Varadkar and Mrs May said they came together with other political leaders at Ms McKee's funeral in Belfast on Wednesday and "gave expression to the clear will and determination of all of the people of these islands to reject violence and to support peace and a better future for everyone in Northern Ireland".

They added that all of the main parties in the North – including Sinn Féin and the DUP – had agreed to establish the new discussions, with the goal of restoring a Northern Ireland Executive which hasn't met since January 2017 by the end of May. 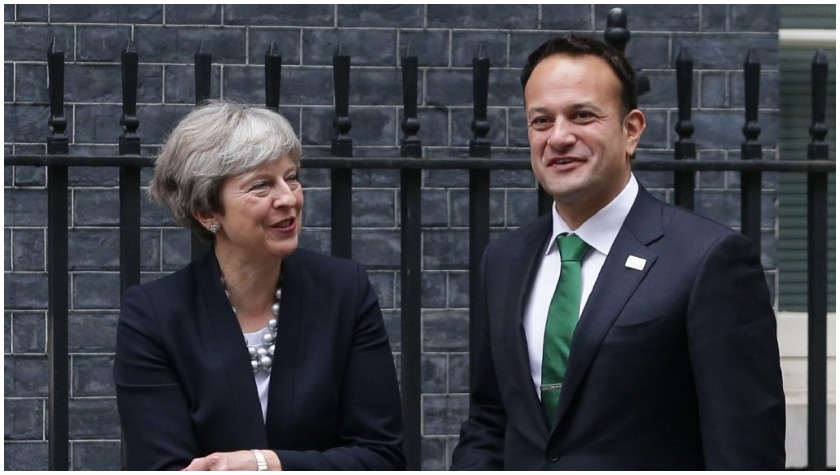 The joint statement, in full, reads:

"In coming together with other political leaders in St Anne’s Cathedral to pay tribute to Lyra McKee, we gave expression to the clear will and determination of all of the people of these islands to reject violence and to support peace and a better future for everyone in Northern Ireland," it reads.

"We also heard the unmistakable message to all political leaders that people across Northern Ireland want to see a new momentum for political progress. We agree that what is now needed is actions and not just words from all of us who are in positions of leadership.

"We have agreed to establish a new process of political talks, involving all the main political parties in Northern Ireland, together with the UK and Irish Governments, in accordance with the three stranded process.

"The aim of these talks is quickly to re-establish to full operation the democratic institutions of the Belfast/Good Friday Agreement – the NI Executive, Assembly and North-South Ministerial Council – so that they can effectively serve all of the people for the future.

"We have asked the Secretary of State for Northern Ireland and the Tánaiste to meet later today in Belfast to set out our proposed approach and to commence the talks process as soon as possible after the local elections in Northern Ireland.

"In addition, we have agreed that there should be a meeting of the British-Irish Intergovernmental Conference during the same period. The Conference will consider East/West relations, security cooperation, and political stability in Northern Ireland.

"We understand the complexity of the underlying concerns of all parties, and the need for renewed trust, mutual respect, generosity and new thinking to resolve the issues.

"As Prime Minister and Taoiseach, we are determined to work together to ensure this process comes to a successful conclusion.

"We will review progress at the end of May."

Lyra McKee's funeral mass saw priest Fr Martin Magill challenge the politicians in attendance as to why it had taken the murder of a 29-year-old journalist "with her whole life ahead of her" to unite them.

Mourners both inside and outside of Belfast's St Anne's Cathedral met the Catholic cleric's words with spontaneous, raptuous applause – with all eyes on the awkward reactions of DUP leader Arlene Foster and Sinn Féin leaders Mary Lou McDonald and Michelle O'Neill.

Later on Friday, Tánaiste Simon Coveney and Britain's Northern Ireland Secretary Karen Bradley are expected to hold a joint press conference in Belfast to set out their plans for the talks.

Elsewhere in the city, Mr Varadkar and Mrs May have agreed to meet at the British-Irish Intergovernmental Conference – which will consider East/West relations, security cooperation, and political stability in Northern Ireland.