LIAM NEESON surprised staff at a hospital in Australia with flowers and a heartwarming message thanking them for all their efforts during the pandemic.

The Northern Irish actor is currently Down Under filming his latest action movie, Blacklight, but took some time out of filming to thank frontline works at the Royal Melbourne Hospital for their heroic work in treating patients with Covid-19.

Neeson sent a bouquet of pink and purple flowers to the “starstruck” nursing staff at the hospital who shared a picture of the surprise gift on social media.

"I will find you...and I will...treat you,” staff wrote alongside the post showcasing the Ballymena-born star’s kind gesture.

"Liam Neeson is filming a movie in Melbourne and was kind enough to send in some flowers to our Acute Medical Unit, which was a COVID-19 ward this year. Thanks Liam, from all of us starstruck at RMH!" 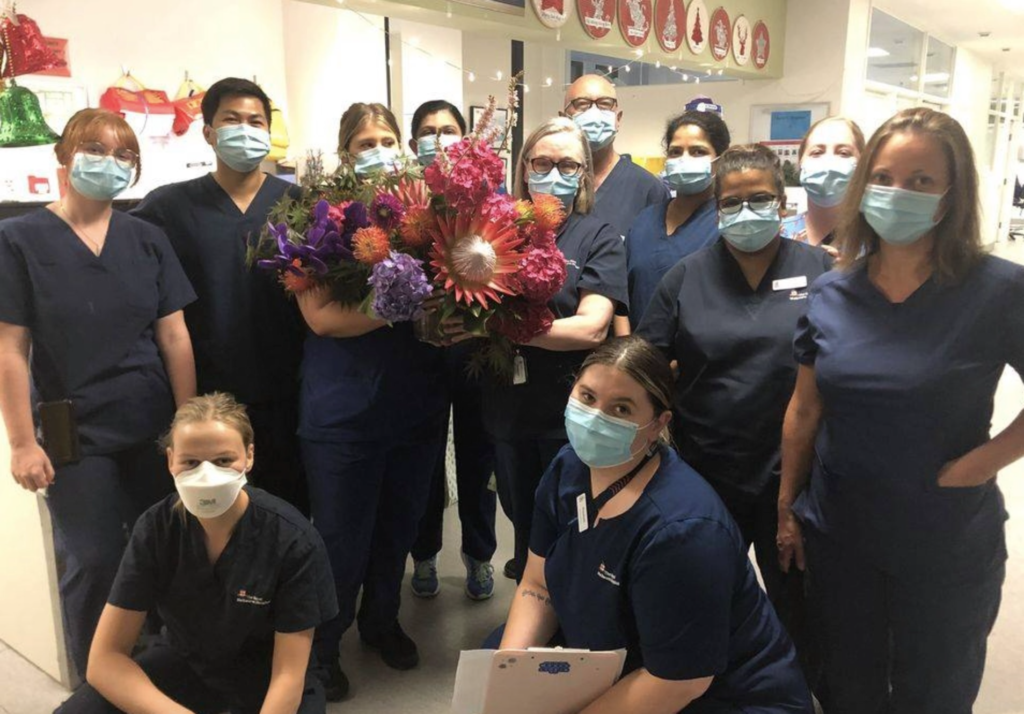 Alongside the flowers, Neeson sent a handwritten note paying tribute to all of the staff and expressing his “love and respect” for that they have done.

It read: "To all you lovely Aussie and Irish nurses. Thinking of you all. Much love and respect, Liam Neeson."

The Taken star drew praise from fans for his simple yet heartwarming gesture.

"Mr. Neeson is very generous and sweet," another added while a third concurred: "What a lovely gesture!" 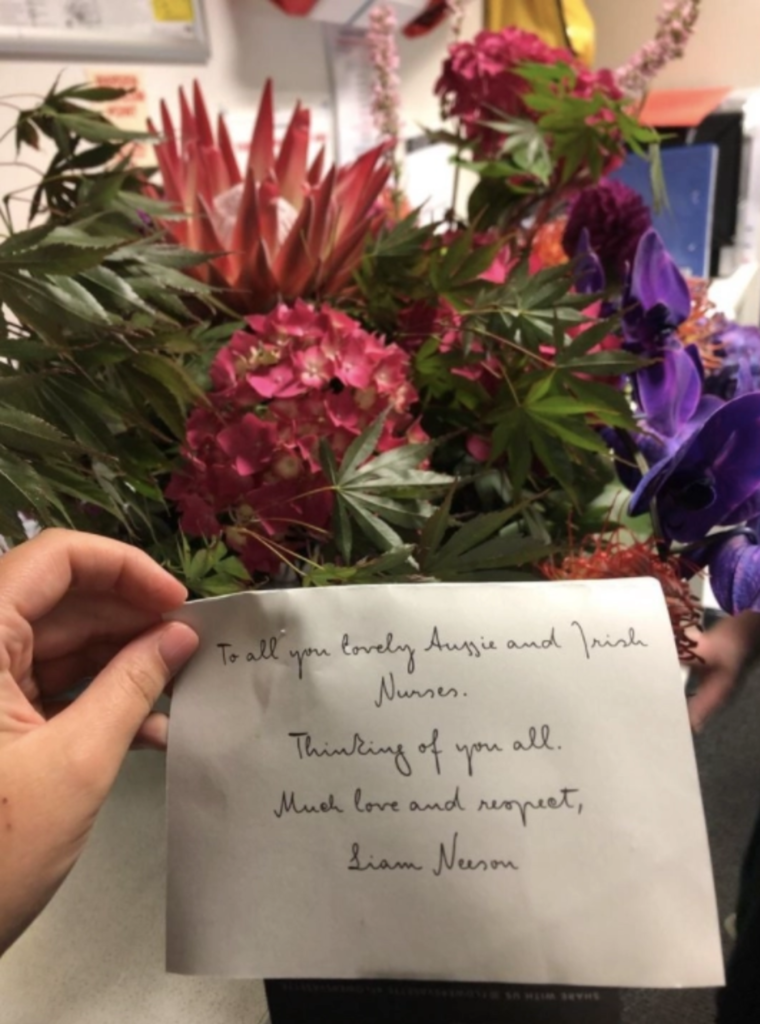 It’s not the first time Neeson has offered his thanks and support to frontline healthcare workers.

At the start of the pandemic, the Northern Irishman previously delivered a heartwarming message of hope and support to staff at his local hospital in Connecticut where Neeson lives.

Prior to that, Neeson after paying a surprise visit to cancer patients at a hospital in the US while filming another action thriller, Honest Thief, back in December 2018.

Blacklight sees Neeson playing an a troubled off-the-books fixer working for the FBI who ends up embroiled in a deadly conspiracy.

The film is providing a major boost to the local Australian economy, creating 500 local jobs for the cast and crew along with 550 extra roles.