A MAN has been arrested after police seized 57 puppies at Belfast Harbour this week, which police believe were destined to be smuggled to England and Scotland.

The 44-year-old man was arrested by detectives from the Organised Crime Unit on Tuesday evening as part of an ongoing investigation.

Detectives seized 57 puppies, three adult dogs, one cat and a quantity of cash during the operation. 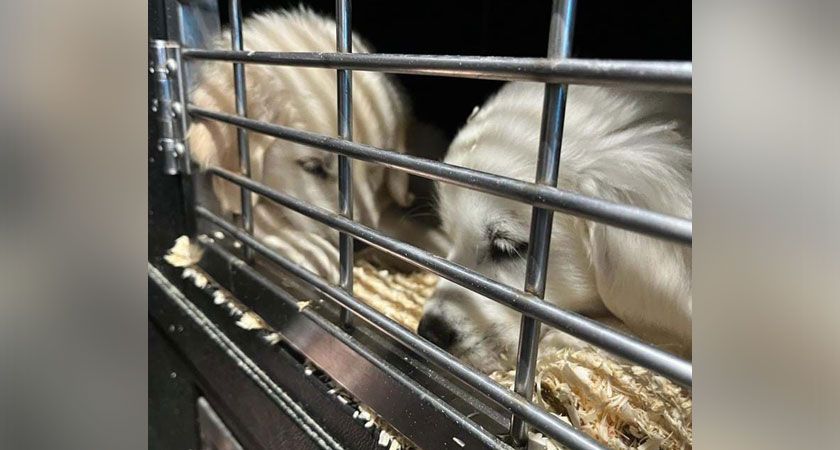 Police believed the puppies were bound for England and Scotland (Image: PSNI)

Investigators believe the animals were smuggled across the Irish border and were bound for Britain.

Belfast Live reports that the man, from Huddersfield, appeared at Belfast Magistrates' Court on Thursday charged with five counts of fraud by false representation, acquiring criminal property and possessing articles used in fraud.

It adds that a detective told the court that he believed documentation for the animals was falsified to suggest they were from Northern Ireland and that their microchips were blank.

Ahead of the man's court appearance, Detective Inspector Conor Sweeney said the PSNI was committed to cracking down on the 'horrendous' crime of smuggling.

"We suspect many of the dogs had been illegally imported into Northern Ireland from Republic of Ireland for onward sale within England and Scotland," he said.

"Police are absolutely committed to tackling the smuggling of illegal commodities through Northern Ireland's ports.

"Most recent seizures by the Organised Crime Unit have been in relation to illegal drugs.

"However, as this operation has shown, drugs are not the only items being traded illegally. 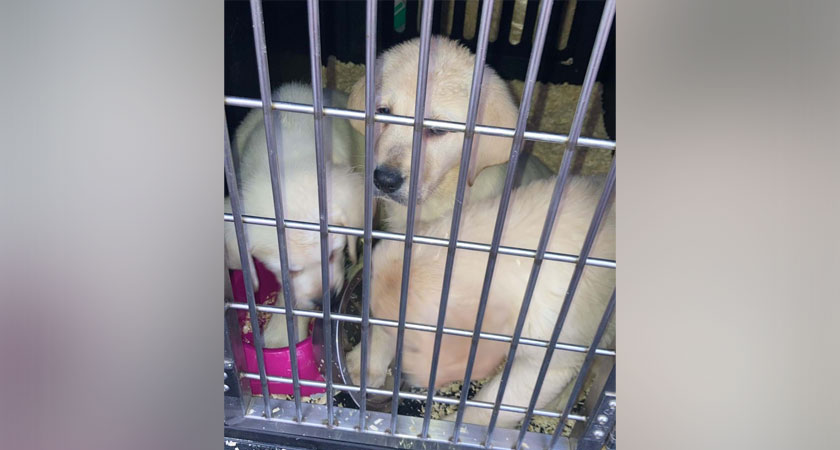 Puppies are just one of the many things criminal gangs are willing to smuggle, say police (Image: PSNI)

"Such groups will not discriminate when it comes to the commodity being smuggled — should that be drugs, cigarettes, people, or in this case, animals.

"I use the word 'commodity' as this is how crime gangs view the people and animals they smuggle — as nothing but commodities which they can exploit to line their own pockets.

"Those involved in puppy smuggling do not care about the horrendous impact this type of criminal activity can have both on the animals and on the victims who innocently buy them as family pets."

Belfast Live adds that the man was refused bail due to risks he may re-offend or interfere with witnesses and was remanded in custody until September 1.

By: Sponsored by The Trailblazery  -  22 hours ago