Man dies after setting himself on fire near the White House

A MAN who set himself on fire near the White House in Washington D.C. on Wednesday afternoon has passed away.

Witnesses were left stunned as they described seeing a man appear to burst into flames in front of their eyes as they described the man ‘calmly’ walking around in a park while ablaze before a policeman rushed in to extinguish the flames. 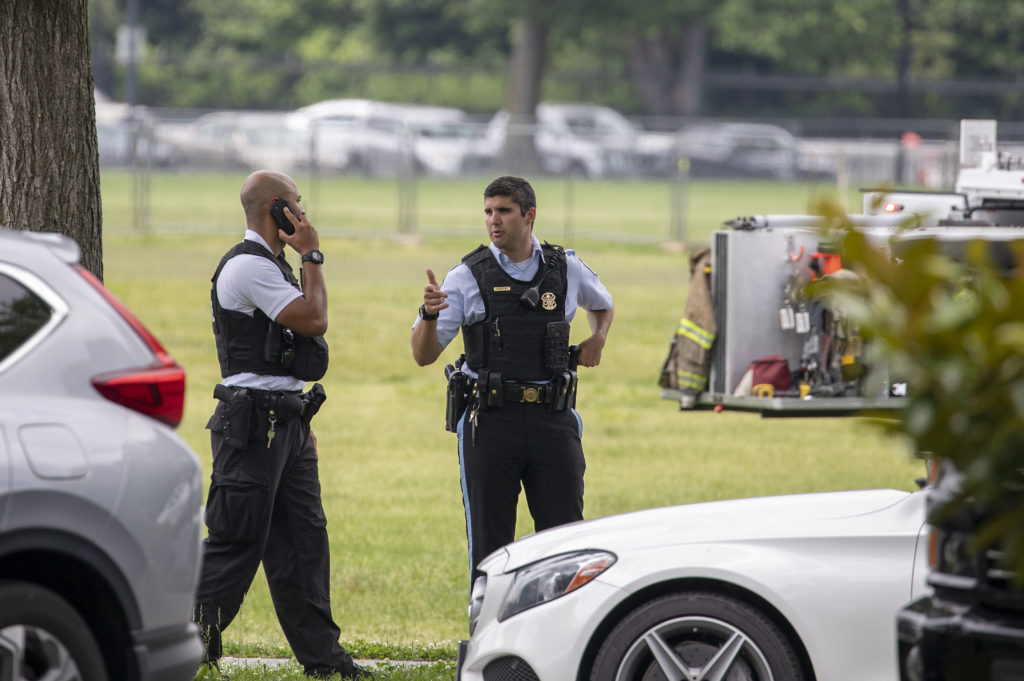 Aline Berzins, 17, who was visiting the National Mall with her cousins, said: “We saw this man. He starts running, and then we saw him covered in flames.

Eventually an officer ran over to him armed with a fire extinguisher, and the man quickly disappeared underneath a layer of foam as he fell to the ground.

Police cruisers were then quickly on the scene.

Krisjan Berzins, Aline’s father, who later posted a video of the incident, tweeted: “According to my daughter … she just saw a person that was on fire running across the White House lawn. Police and rescue have responded. They’re closing all surrounding streets right now.”

According to my daughter...she just saw a person that was on fire running across the White House lawn. Police and rescue have responded. They’re closing all surrounding streets right now. Video to follow... #whitehouse

The incident occurred at around 12.20pm local time at the Ellipse, a tourist-filled park next to the Washington Monument.

A suspicious package was allegedly discovered, on fire, near to where the man had set himself ablaze.

The man, who has now been identified as Arnav Gupta, of Bethesda, Maryland.

After the flames were put out he was rushed to hospital with burns to “85 percent of his body”.

He succumbed to his injuries later that evening and was pronounced dead by the US Park Police in a statement earlier today.

Gupta had been reported missing on Wednesday morning with him last seen by family members at around 9.30am local time.