Man sought over £300,000 damage to historic brewery may be in Ireland

POLICE in England hunting a man involved in widespread damage to a historic brewery believe he may be in Ireland.

The offences relate to an incident over the spring Bank Holiday weekend when a 100-strong group of Travellers set up camp at the Thwaites Brewery site in Blackburn, Lancashire.

The group was moved on by police escort on Bank Holiday Monday, by which time £313,000 worth of damage and theft had occurred at the site, forcing Thwaites to relocate to new premises sooner than planned.

Lancashire Constabulary say Ward, along with two other men, a 17-year-old boy and other accomplices not yet convicted, looted the premises.

“Ward knew he was due to stand trial but did not turn up to court,” said DS Dave Bowler from Blackburn Police. 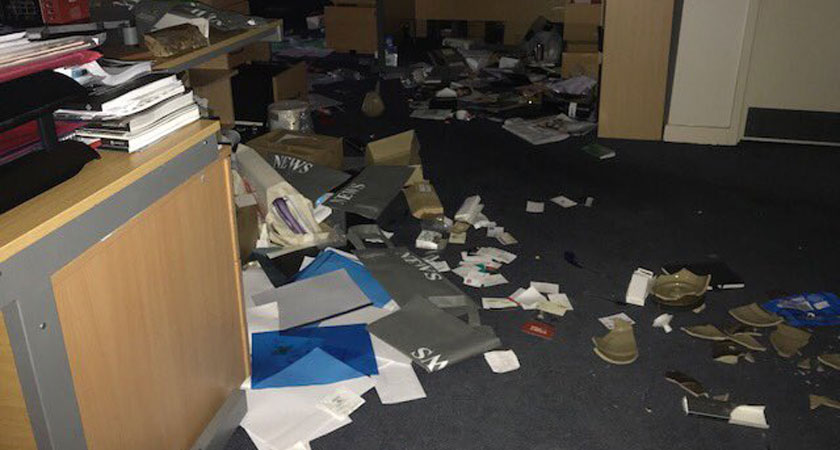 “He is due to be sentenced in January.

“If you have seen him or know where he is, please make contact with us.

“My advice to Patrick if he sees this appeal is to attend a police station before he makes matters worse for himself.”

Ward is described as white, around 6' 3" tall, of large build with short wavy brown hair and green eyes.

He speaks with an Irish accent and has a tribal tattoo on his left arm and the name ‘Carol’, along with a shamrock, tattooed on his right arm.

Ward is a member of the Travelling community and has connections across the country as well as Ireland and Northern Ireland, where he currently may be.