Call for nominations
Do you know an Irish person living in Britain, USA, Canada, Australia, Mainland Europe or anywhere in the globe (outside Ireland itself) who has given special service to Ireland  or the Irish community locally there  - be in in Great Britain, North America etc.?

The Irish Embassy in London has said that Nominations are open for the Presidential Distinguished Service Awards for the Irish abroad.

The deadline for nominations for the Presidential Distinguished Service Awards is 6 August
https://bit.ly/2V6e9lm

What is the Presidential Distinguished Service Awards

The Presidential Distinguished Service Award for the Irish Abroad is presented by the President every year.

It recognises the service given to this country or to Irish communities abroad by those who live outside Ireland.

The Award is not an honours system. It doesn’t give the recipients any legal entitlements or benefits, including Irish citizenship.

Whether they’re Irish citizens, entitled to Irish citizenship or from an Irish background, the hard work, energy and dedication of nominees make a valuable contribution to people’s lives and are deserving of our thanks and respect. 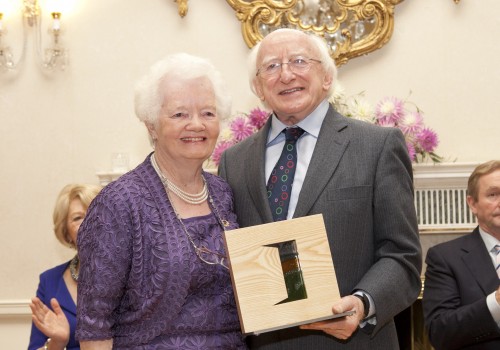 Who can be nominated?

Only people who live outside the island of Ireland can be nominated for the Award. They must have:

While the scheme is open to all people living abroad, it is primarily aimed at Irish citizens, those entitled to Irish citizenship and persons of Irish descent, who have made a sustained and distinguished service to Ireland or Irish communities abroad, or on a global or international issue of importance.

Who decides on the nominations?

Nominations for the Award are made through our Embassy network, and are considered by a High Level Panel. The Panel recommends up to a total of 10 people every year from these nominations. The categories under which individuals can be nominated are:

The Panel then submits its recommendations to the Government for approval. 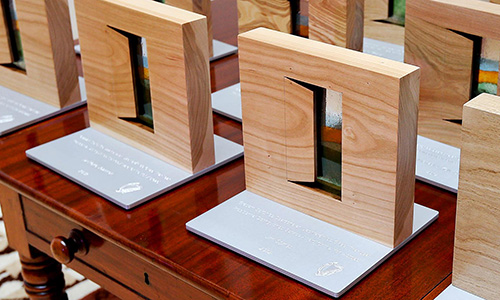 PDSA Award designed by Spear Product Design, made from Irish hardwoods at Galway-Mayo Institute of Technology

Last year's Presidential Awards 2020 were awarded to  the following:

Wayne on song at the palace