A NORTHERN IRISH politician has hit out at Irish-Americans for their "arrogance" and "crass ignorance" with regards to the Good Friday Agreement.

DUP MP Sammy Wilson was responding to comments made by Irish-American Democrat Kevin J Boyle about the political situation on the Irish border.

Earlier this month, Mr Wilson called Joe Biden a "bigoted ignoramus," and said he doubted whether the president had actually read the Good Friday Agreement, which he openly claims to support.

"Fortunately for everyone else, President Biden's administration will uphold the Good Friday Agreement and its core tenants [sic]."

Although he acknowledged that he was "disappointed" Mr Trump lost the election, adding that around 70 million Americans felt the same, Wilson criticised Boyle, and indeed "many Irish-Americans", for failing to understand and research the subject in full. 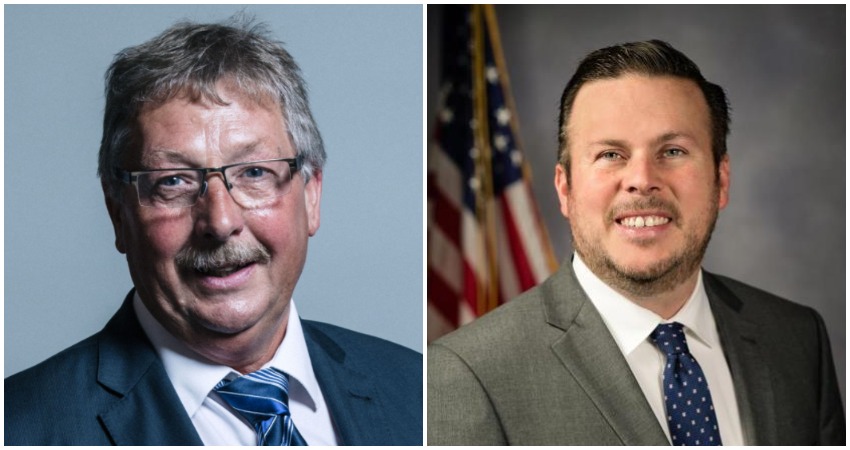 "I'd just say to Kevin Boyle, same as I said about President Biden, if you're going to comment on something, at least do people the justice of having read it first of all and understood it," Wilson said.

"If he understood it, he'd know Northern Ireland is being ripped out of the UK by having foreign laws and foreign court imposing its laws and administration on this part of the UK - that is constitutional change, and should not have been allowed under the terms of the Belfast/Good Friday Agreement without the consent of the people here.

"Many Irish-Americans are totally ignorant of the issues that they speak about, and yet in their arrogance they speak about them as if they had full knowledge of what they're talking about.

"It's that kind of crass ignorance and crass arrogance that really does annoy people in Northern Ireland."