A LOST DOG has been spray painted orange and black and made to look like a tiger, sparking fury among animal welfare groups.

The pup is believed to have been spotted on the streets of Malaysia, and an animal charity is now doing what it can to find and help the dog.

The Malaysian Animal Association posted photographs of the painted pooch on their Facebook page, condemning the actions of the spray-painter(s) and offered a reward to anyone with any information that could help find the culprits. 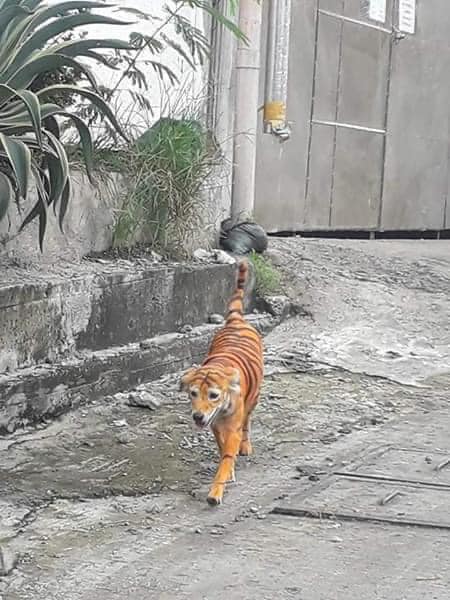 "Help Animal Malaysia find out the location and who the dog belongs to," they wrote.

"Mystery gift awaits anyone who comes forward with complete information if it's in this country."

There are concerns that the dog could be mistaken for a tiger from a distance or in the dark, and shot by frightened locals.

Others worried that the dog might be licking the chemicals from the paint when it licks itself too. 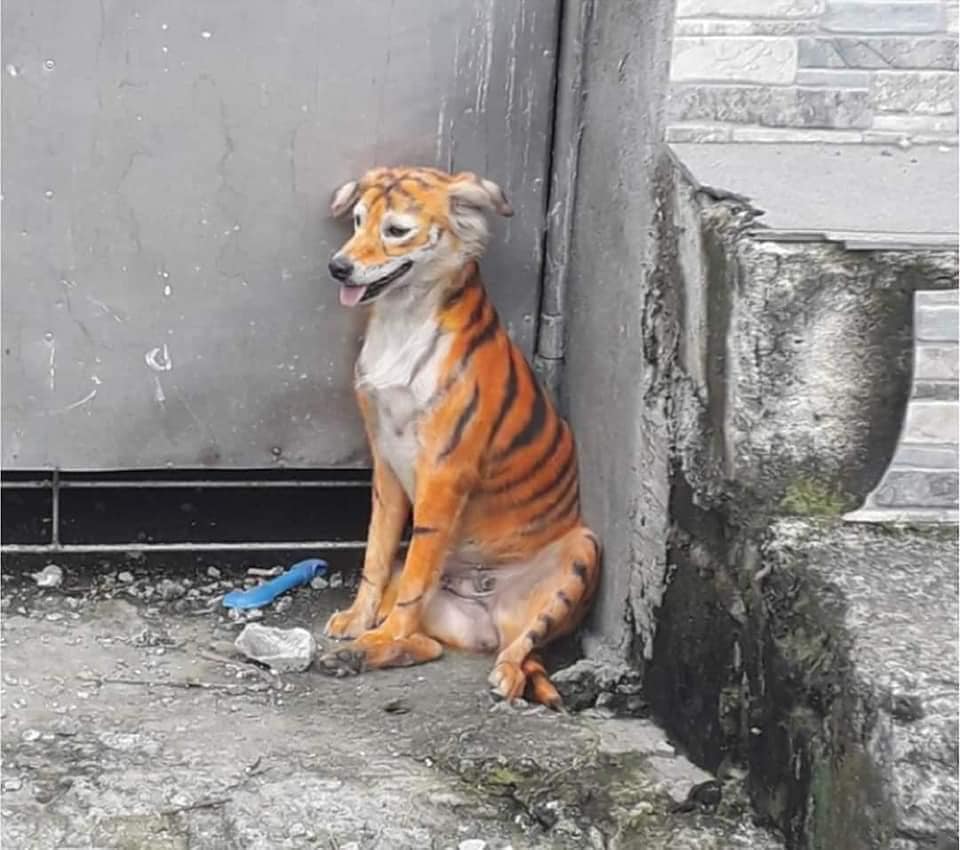 Tigers are an endangered species in Malaysia, with less than 200 estimated to still be in the wild.

Back in the 1950s, Malaysia had an estimated 3,000 tigers, and their numbers have dwindled through a combination of poaching and the reduction of their natural habitat.