THE PARENTS of thirteen children have been charged with torture after some of the siblings were found chained to their beds.

The siblings, ranging in ages from two years old to 29, were found by police in their Californian home on January 14.

They were rescued by police after a 17-year-old girl - who police initially thought was 10 years old - escaped the house in Perris, about 113 kilometres east of Los Angeles, and used a mobile phone she had found in the house to call them, the Riverside County Sheriff's Office said in a statement.

Police said when they arrived at the family residence, they found several children 'shackled to their beds with chains and padlocks in dark and foul-smelling surroundings.'

Officers found what they believed to be 12 children inside the house, but said they were shocked to discover that seven of them were actually adults, ranging in age from 18 to 29.

"The victims appeared to be malnourished and very dirty," they added.

They said the parents, David Allen Turpin, 57, and Louise Anna Turpin, 49, were unable to immediately provide a logical reason why their children were restrained in that manner.

The children's parents were arrested and each charged with nine counts of torture and 10 counts of child endangerment.

Their bail was set at £6.5 million ($9 million) each, police said, and are due in court on Thursday. 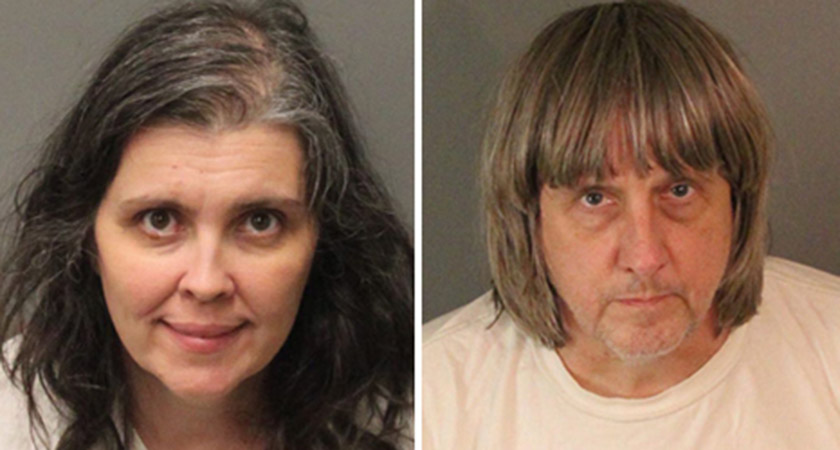 David Turpin's parents, James and Betty Turpin of West Virginia, told ABC News they are “surprised and shocked” by the allegations against their son and daughter-in-law.

They said they hadn't seen their son and daughter-in-law since visiting them in California some four to five years ago.

However, they said they have kept in touch with them by phone since. 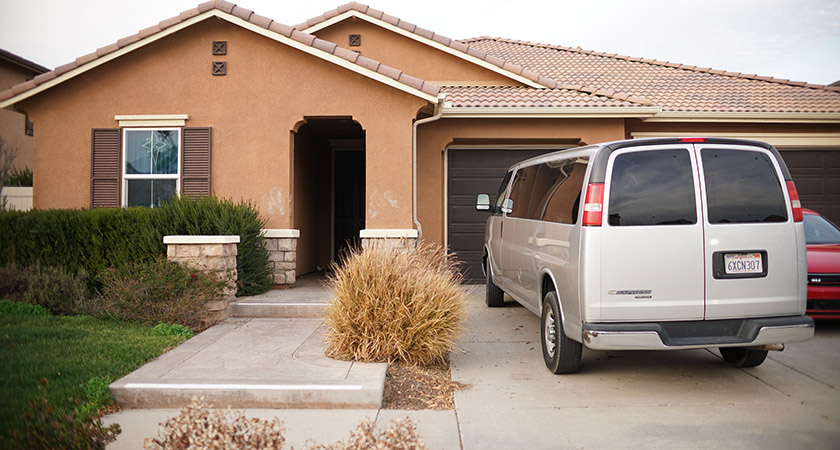 The Turpin family home where police discovered that 13 people had been held captive in filthy conditions with some shackled to beds with chains and padlocks. (Picture: Sandy Huffaker/Getty Images)

They said they had not spoken to their grandchildren, saying David Turpin or his wife would often call when they were without the children, who are homeschooled.

It's understood the couple have lived at the address for several years and lived in Texas previously.

Ivan Trahan, an attorney who represented the couple in their latest bankruptcy in 2011, said he was shocked at news of the arrests.

"To me and my wife, Nancy, who was with me during the interviews, we always thought of them as very nice people who spoke highly of their children," the attorney said.

"They seemed like very normal people who fell into financial problems."