POLICE have released harrowing CCTV footage showing the moment a thief assaulted a schoolgirl to get at her mobile phone.

The girl, aged just 12, was returning home from the shops when she was attacked by the man on Sunday, February 18.

Derbyshire Police have released the video in the hope of tracking down the man, who committed the robbery at around 4.40pm on Cambridge Street in Derby.

"I realise that the quality is not the best but we have released it quickly in the hope that someone will recognise the man”. 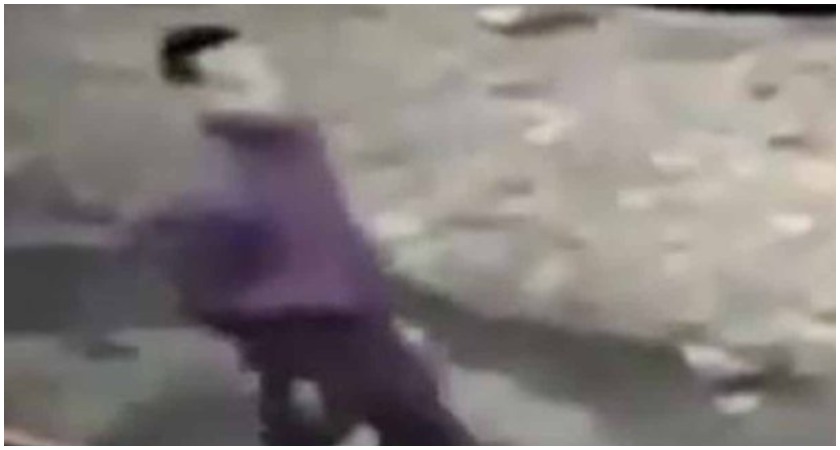 The man had a 'European accent' and was about 5'6" in height (Picture: Derbyshire Police)

The man responsible is described as being between 16 to 19 years old with a “European accent”.

He has tanned white skin and is about 5’6” in height.

DC Stainsby added: "The 12-year-old victim has been very brave but was attacked for apparently no other reason than to steal her phone, a rose gold iPhone 6s.

"I would urge anyone who knows the man or has been offered such a phone for sale since yesterday to make contact with us as soon as possible."

Do you recognise the man? See the dramatic footage below...