While much speculation continues around the itinerary for the first official state visit by an Irish President to Britain, the now-sold-out cultural event at the Royal Albert Hall in President Higgins honour makes it clear that he will not leave Britain before Friday, April 11.

After his expected arrival on British soil late on Monday, April 7, the President and his wife Sabina will need to spend four nights in London in order to accommodate the official ceremonies that are traditional to British state visits as well as the aforementioned cultural event on Thursday, April 10.

The evening concert, entitled Ceiliúradh’ or ‘Celebration’, will feature both world-renowned and emerging artists from Ireland and Britain and will be coordinated by well-respected producer Philip King.

With the date sitting very close to the World Irish Dancing Championships, which will be held in London between April 13-20, a selection of world champion dancers could well feature on the RAH line-up.

Despite the fact that no acts have yet been announced for the concert, all tickets sold out in less than four hours upon going on sale last Friday morning. 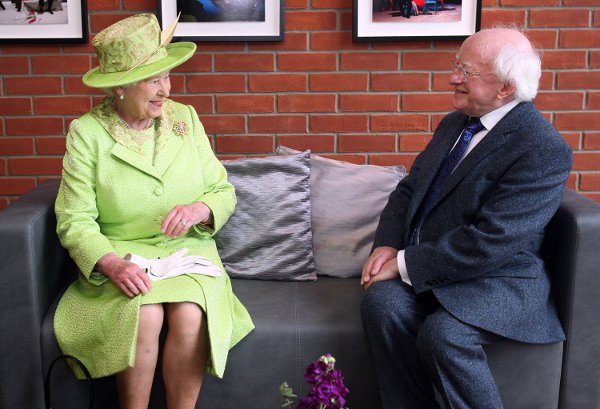 The pressure is now on King and Culture Ireland to create a night fit for a President and a Queen in the cultural closing ceremony for the most momentous state visit ever undertaken by an Irish head of state.

Costing just £10 each, the proceeds from all ticket sales will be donated to the Irish Youth Foundation charity to support their cultural projects with young Irish people across Britain

On Monday, IYF Chairman John Dwyer told The Irish Post: “We are delighted to be associated with this cultural State Visit event, not least on the 25th anniversary of the foundation of the IYF.”

He added: “It is appropriate that we allocate the money raised  to support  cultural events for young people in the UK and we are delighted at the support shown to us by all involved in the event, not least Culture Ireland.”

At the close of the evening the President and wife Sabina will head back to Windsor Castle for one final night as the Queen’s guests.

It is not clear whether any further official events will take place before they leave on Friday, April 11.