PRINCE WILLIAM has insisted the royals are "very much not a racist family" following a series of shock allegations from Prince Harry and Meghan Markle.

The Duke and Duchess of Sussex shocked the watching world after revealing in a TV interview with Oprah Winfrey that a royal had had expressed concern over "how dark" their son Archie's skin might be.

Now the heir to the throne has broken his silence on the subject.

During a visit to a school in Stratford, a reporter asked Prince William: "Is the Royal Family a racist family, sir?"

To the surprise of many, the Duke responded, say: "We're very much not a racist family."

William was then asked if he had spoken to Harry since the interview to which he replied:  "No, I haven't spoken to him yet but I will do."

The comments contrasted with those of Prince Charles earlier this week, who refused to be drawn on the matter when quizzed by reporters.

Buckingham Palace have previously issued a statement describing the claims as “concerning” but adding that they would be addressed privately.

While the statement added that “recollections may vary” they insisted Harry, Meghan and Archie would "always be much loved family members". 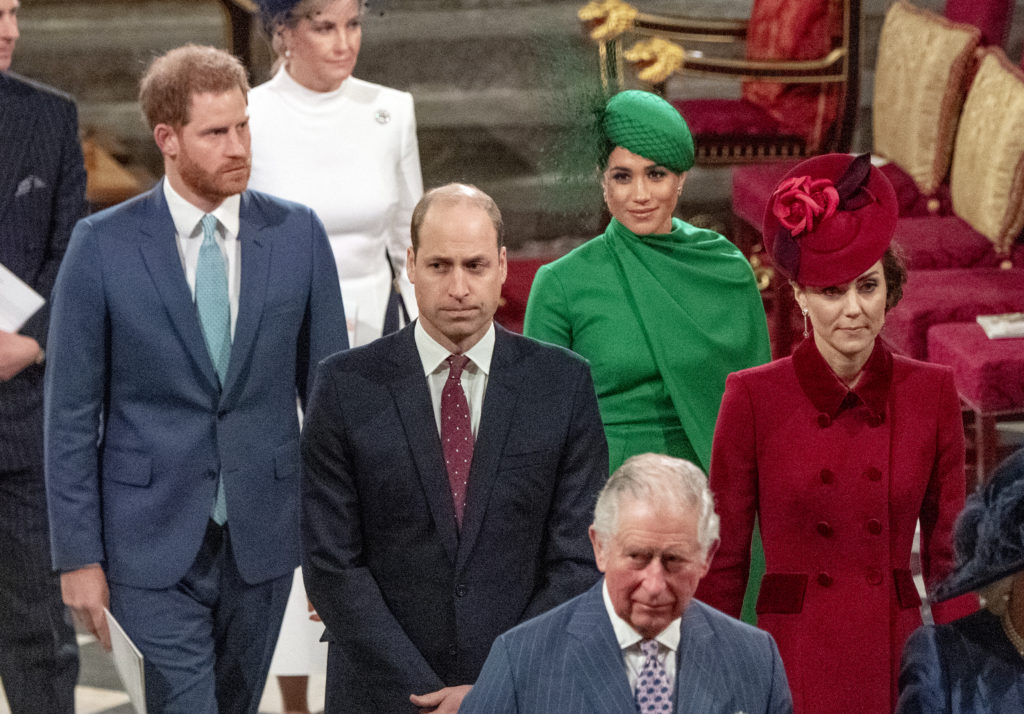 During the tell-all interview Markle told Oprah "concerns and conversations about how dark [Archie's] skin might be when he was born".

The talk show host later clarified that neither the Queen nor the Duke of Edinburgh made the remarks.

During the interview Markle refused to be drawn on who made the comments, explaining "I think that would be damaging to them".

The interview saw Harry reveal he and William were not on the best of terms at present.

"The relationship is 'space' at the moment,” he said. “And time heals all things, hopefully."