NEARLY SIX THOUSAND people a day are touching down at Irish airports according to the latest figures.

Flights coming in to Dublin, Cork and Shannon airports reveal that almost a third of the passengers are arriving from the UK.

Between July 13 and July 19 over 36,000 passengers arrived in the Irish capital from a total of 35 different countries. 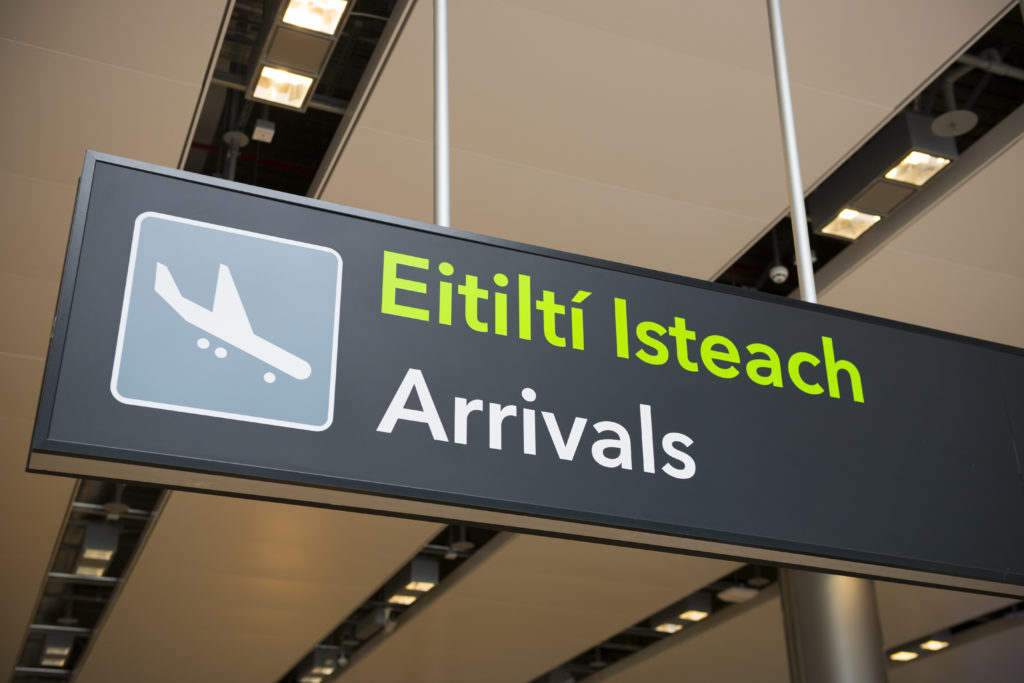 An arrivals sign in English and Gaelic at the international airport in Dublin, Ireland

Most of the arrivals came from countries which are not on Ireland's official 'green list'. 10,000 of those were from the UK, almost 5,000 came from Spain and over 2,000 arrived from France.

Just over 1,000 passengers arrived from the US during the same period.

The nationwide figures are up almost 30% on last week's statistics, where roughly 28,000 passengers flew into the country, while they're up 60% on the preceding week, where just 23,000 people arrived.