AN ANCIENT monument in Ireland could be named a UNESCO World Heritage Site under plans by Sligo County Council.

A vast landscape of connected neolithic passage tombs spread across County Sligo, including the iconic Queen Maeve's tomb, could join Sceilg Mhicíl and Newgrange in being named a UNESCO World Heritage Site.

According to RTÉ News, experts from the Sligo Neolithic Landscapes Group have joined with Sligo County Council to argue that the connected sites, which are spread across the county, deserve international recognition and protection.

Dr Robert Hensey, chair of the Neolithic Landscaped group, told the outlet that the ancient monuments which include the 30,000-tonne Queen Maeve's cairn are unmatched anywhere in the world, and hold ancient secrets as many sites have not been excavated. 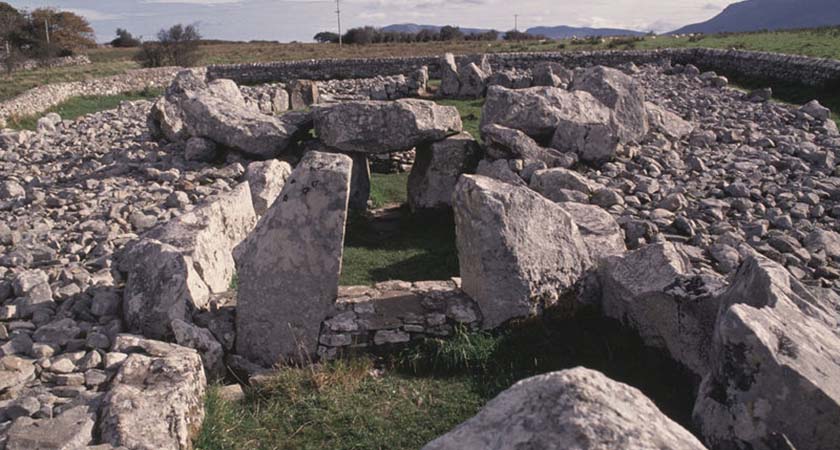 Creevykeel Court Tomb in Co Sligo, part of the Megalithic complex hoping to be named a UNESCO World Heritage Site

Director of Services with Sligo County Council, Dorothy Clarke, said that being named a UNESCO site would bring significant tourism into the county and put Sligo on the world stage, but stressed it would also allow the sites to be fully protected.

The bid for a site to be named a UNESCO World Heritage Site is long and arduous, and could take years before the title is granted.

Other famous Irish sites currently fighting for the title include the Burren in County Clare and the Céide Fields in County Mayo.