IRISH boxing legend Steve Collins has spoken of his “shock and sadness” after his former PR advisor Max Clifford was convicted for a string of indecent assaults.

In a portrait of the publicity guru that contrasts starkly with the image of a sexual predator painted by the prosecution, Collins described Clifford as “a very charitable and helpful person”.

“Of all the people who have been accused of abuse, I thought he would have been one of the ones who walked away,” the former middleweight and super-middleweight champion told The Irish Post.

“But then you don’t know people. I was saddened and surprised by the verdict because I did not think he was capable of that.”

Collins, who lives in St Albans, Hertfordshire, added: “He seemed a very open guy with a clear conscience.

“I brought people to meet him involved in charity events and he met them at short notice, he was very helpful to them and did not charge for his time.”

Clifford was found guilty yesterday of eight indecent assaults on women and girls as young as 15, with the incidents taking place between 1966 and 1984.

He was cleared of two charges, while the jury at Southwark Crown Court failed to reach a verdict on another charge.

During his illustrious career, the 71-year-old, from Surrey, worked closely with a number of Irish celebrities. Among them were Westlife frontman Brian McFadden, Eurovision winner Johnny Logan and faith healer Finbarr Nolan.

On Clifford’s official website, which was taken down this morning, McFadden was pictured alongside some of the publicist’s other past star clients, including Olympian Chris Hoy and nutritionist Gillian McKeith.

Before the website was taken down, The Irish Post asked McFadden’s management if they would request his image to be taken down and was awaiting comment. 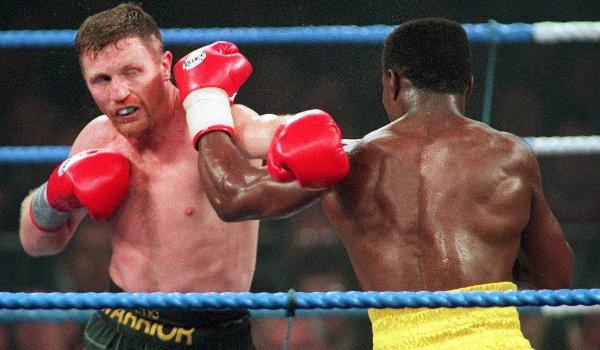 Steve Collins at the height of his fame defeated and Chris Eubank in Millstreet, County Cork in 1995

Collins worked closely with Clifford during the 1990s and the early 2000s, paying him for advice at a time when he was being attacked in the media.

“I was getting slaughtered in the Irish newspapers and went to him about it because there were untrue statements in the stories and he gave me advice about how to get to the bottom of it, which I did very quickly, and it ended,” he said.

Collins added that he was familiar enough with Clifford to walk into his office unannounced. But he never experienced the darker side of his character that was exposed during his trial.

“I used to go into his office and we used to go around the corner and have breakfast in the local shop,” he explained.

“I found that he did not fear anybody. He was the kind of guy who would walk into anything and was not concerned.”

Clifford was the first person to be convicted under Operation Yewtree, launched in the wake of the Jimmy Savile scandal, and will be sentenced on Friday.

During his trial, prosecutors portrayed Clifford as an experienced manipulator who promised to boost his victims’ careers and introduce them to celebrities in exchange for sexual favours.

The jury found him guilty of assaulting four women, including a 15-year-old who met him while on holiday with his family in Spain.

After he claimed to be capable of making her as successful as teenage star Jodie Foster, she felt unable to say no when he asked her to take off her top and bra. He then forced her to perform sex acts on him while indecently assaulting her.

Describing the abuse, she told the Daily Mirror: “He's a disgusting pervert - a monster... justice has been done. When I think of him he makes me shudder and he makes me feel ill.”

She added: “He was an opportunist. He took advantage of a child, and it was awful.”

Other victims said they were groped and assaulted by Clifford, with two being told to pose in their underwear so he could get them acting jobs.

Clifford repeatedly denied the claims and branded his accusers "fantasists".

"I would like to thank these victims for having had the courage to come forward and give evidence", she added.

"The victims of sexual abuse, whenever it may have taken place, should know that police and prosecutors will listen

The CPS will now consider how to proceed with the verdict the jury was unable to come to a decision on, Ms Hopkins explained.

Peter Watt, director of National Services at the NSPCC, said Clifford had been "unmasked as a ruthless and manipulative sex offender who preyed for decades on children and young women".

"Clifford was a rich and influential man who dined with the stars but the way he manipulated and groomed his victims is typical of many sex offenders,” he added,

"He exploited their vulnerabilities, using lies and coercion to get what he wanted.”