Tennessee floods: 7-month-old twins among at least 22 dead after record rain in southern US state

AT LEAST 22 people have died, including a set of seven-month-old twins, after record-breaking rain sent floodwaters surging through parts of Tennessee.

Dozens more are missing and hundreds of lives have been shattered by the devastating floods, which have taken out homes, roads and telephone lines.

Many families are still uncertain of whether their loved ones have survived as emergency services scramble to rescue people in the affected areas.

Cars and entire houses were swept down a road in Waverly - about 60 miles (90km) west of Nashville - along with two girls holding a puppy and clinging to a wooden board, which onlookers were unable to grab hold of.

According to the Sheriff of Humphrey's County, which has experienced some of the worst of the flooding, 22 people are confirmed to have been killed, and their names have been posted on the Sheriff Department's Facebook page. 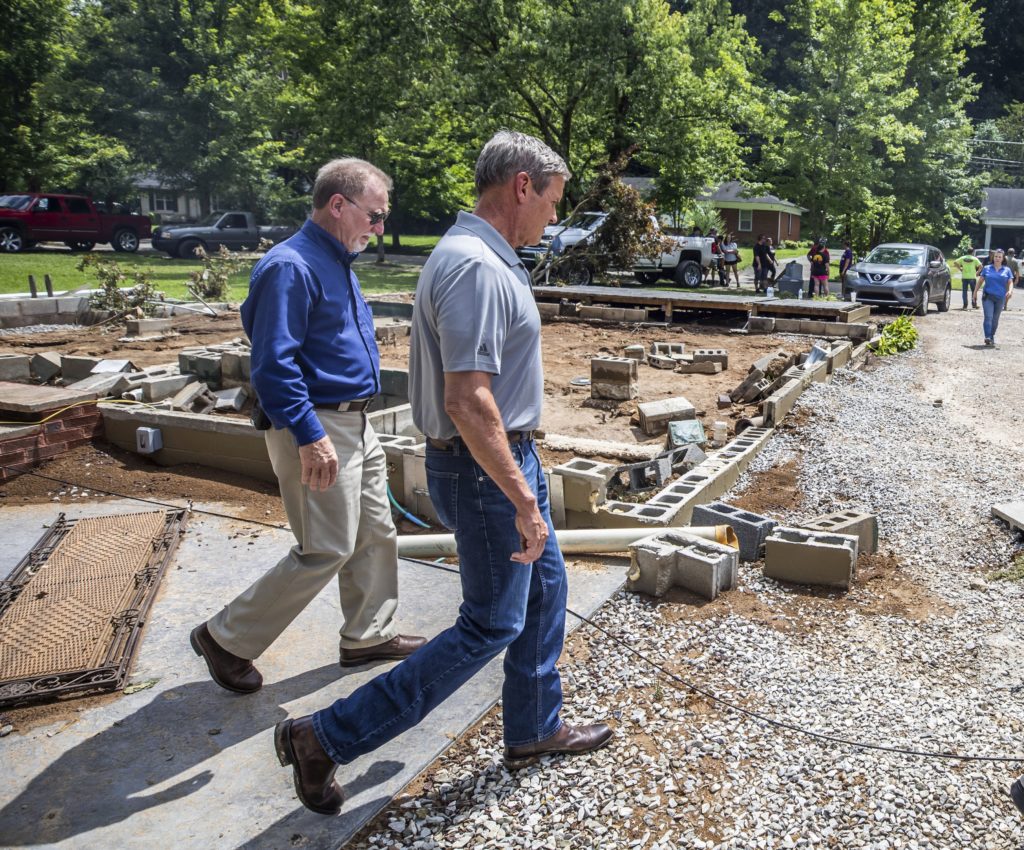 Tennessee Gov. Bill Lee (R) walks past a home swept off its foundation in catastrophic floods August 22, 2021 in Waverly, Tennessee. At least 22 people were killed and 50 others remained missing today after flash floods swept through middle Tennessee, according to officials.

The National Weather Service said up to 17 inches of rain fell in the county in less than 24 hours, appearing to shatter the Tennessee record for one-day rainfall by more than three inches.

On Sunday, President Joe Biden pledged help and support in response to the floods, shortly before his address about the ongoing operation efforts in Afghanistan.

"I want to begin by expressing my deepest condolences for the sudden and tragic loss of life due to this flash flood," Biden said.

"I know we reached out to the community, and we stand ready to offer them support."

At least 10 people are dead and 30 are missing after record rainfall washed away homes and rural roads in the US state of Tennessee.

I send my deepest condolences for the sudden and tragic loss of life due to flash flooding in Tennessee. We’ve reached out to the community and will offer any assistance they need in this terrible moment.

He later tweeted: "I send my deepest condolences for the sudden and tragic loss of life due to flash flooding in Tennessee. We’ve reached out to the community and will offer any assistance they need in this terrible moment."

WATCH: Beer kegs float down the street as Cork hit with severe flooding