Trainee doctor at Antrim hospital struck off for incompetence

A trainee doctor who was unable carry out simple examinations of patients, request diagnostic tests or prescribe drugs accurately at Antrim Area Hospital has been struck off.

A Medical Practitioners Tribunal Service (MPTS) also found that Haseeb Azam could not perform basic lifesaving techniques at the hospital since arriving in December 2016.

He obtained full registration with the GMC after spending a further year in China, where he undertook a clinical attachment. 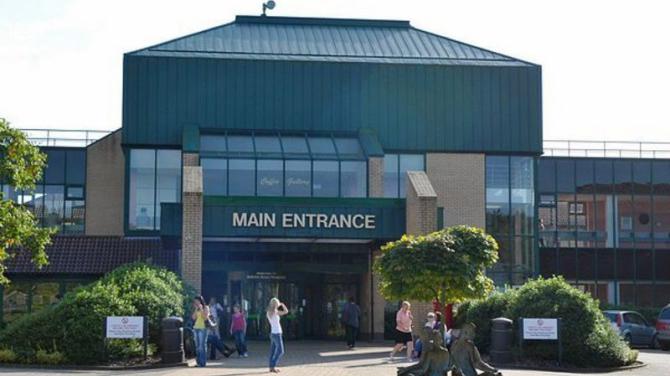 The Antrim hospital where Dr Haseeb Azam worked since December 2016

According to the Belfast Telegraph, A fitness to practise panel this week heard that Dr Azam scored 36.67% in a knowledge test - significantly below the set mark of 67.06% and one of the lowest scores ever seen by his team leader and medical assessor.

GMC counsel Georgina Goring told the panel there were "various aggravating factors in the case, including Dr Azam's wide ranging areas of unacceptable performance levels, his record keeping skills were a cause for concern and there was little or no evidence of remediation".

The tribunal also heard that Dr Azam had said he had been doing 20 hours of self-study a week but little evidence of this had been put before the tribunal.

Explaining its decision, the panel said the various failings in Dr Azam's professional ability, including being unable to diagnose, "places patients in jeopardy". It said the deficiencies had the potential to bring into disrepute the medical profession and were "so serious as to be fundamentally incompatible with his continued registration".

It continued: "The tribunal has determined that erasure from the medical register is the appropriate and proportionate outcome."

Azam has not worked as a doctor since August 2017.