ANIMAL RIGHTS protesters have negotiated the release of a pig from a pork farm in Ballymena, County Antrim, following a stand-off which lasted for several hours early yesterday morning.

Around 40 'Meat the Victim' vegan activists, which use direct action to rescue animals from slaughter, descended on the farm at approximately 4.30am yesterday morning and refused to leave until some of negotiations had been met, according to the organisation.

Several members from the island of Ireland and abroad 'negotiated the release' of one of the pigs kept on the farm, which the group have named Connor.

The facebook page for 'Meat The Victims' posted updates from the protest, including graphic images alleging to be of the conditions the pigs , and confirmed that 'the organisers of MTV Northern ireland was able to negotiate the release of an innocent individual today". 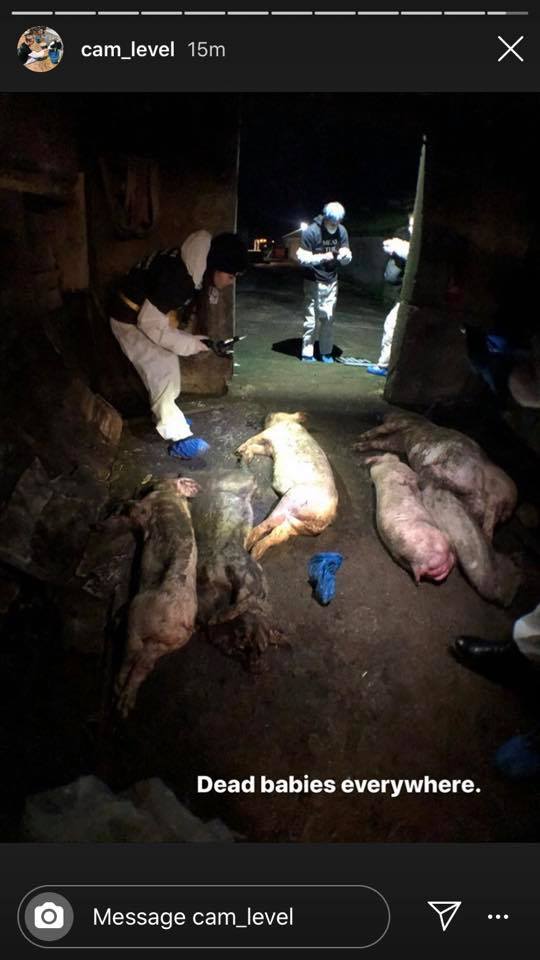 One photo posted by the Meat the Victims facebook page alleging to be from within the farm. (cam_level / Instagram)

They later posted an update containing a video of the pig being removed from the farm by protesters, captioned "Connor was liberated yesterday during the Meat the Victims Northern Ireland". The organisation went on to thank the members who negotiated his release, who "risked arrest to capture the truth to share with the world for the animals, and refused to leave without some negotiations being met and one being Connor's life saved".

A spokesperson for PSNI confirmed the incident to the Belfast Telegraph, saying that a protest "involving a number of people at a farm in the Cloughmills area" had occured.

"Police attended and spoke with the protesters who left the property shortly before 7am.

"There were no reports of any criminal offence during the incident". 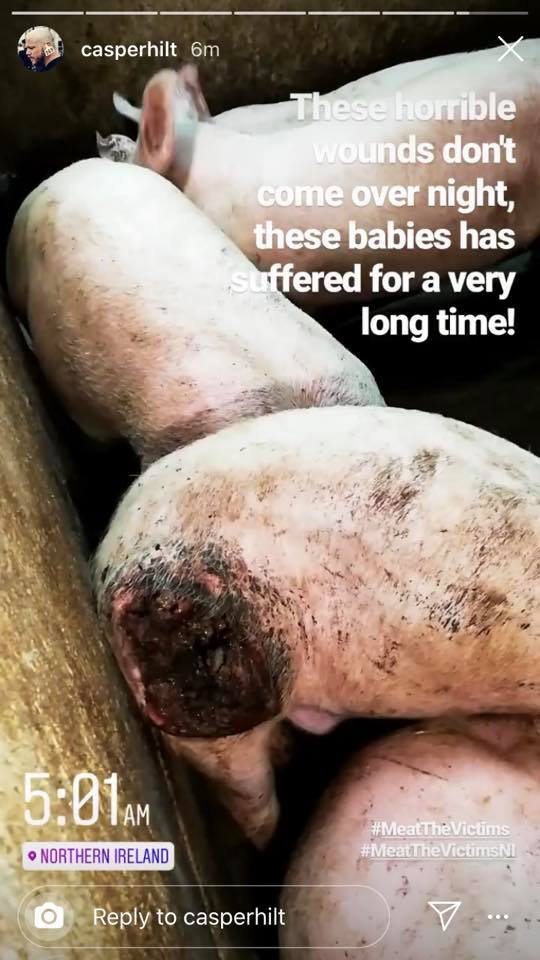 A photo posted by the Meat the Victims facebook page alleging to be from within the farm. (casperhilt / Instagram)

Reports indicate that a PSNI officer who was present during the protest chose the pig which would be freed as part of the negotiations.

A spokesperson for the Department of Agriculture, Environment and Rural Affairs said that an investigation had been launched following the protest, after activists posted photos and videos showing the conditions of the farm.

"DAERA inspectors followed up on the incident today and are currently investigating," the spokesperson told the Belfast Telegraph.

"The department is responsible under the Welfare of Animals Act (NI) 2011 in respect of farmed animals." 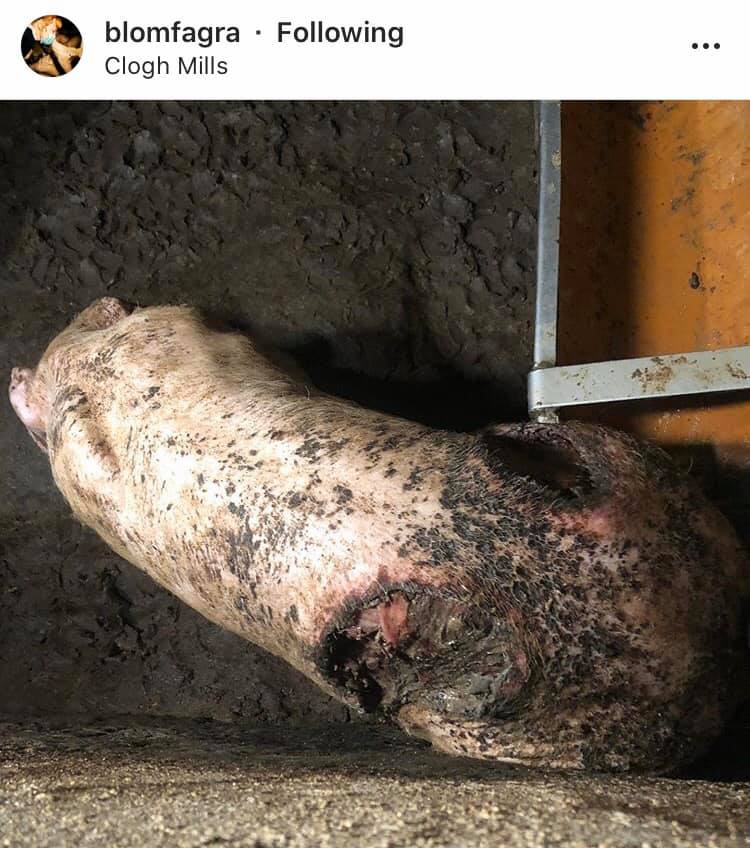 A photo posted by the Meat the Victims facebook page alleging to be from within the farm. (blomfagra / Instagram)

Connor will now live out the rest of his days in an animal sanctuary.