YOU NEVER want to look stupid on TV, do you?

For anyone who's ever spent time in front of the camera, you probably know you can spend hours, even days, teeth-chattering about the project of forgetting your lines or missing your cue.

But what about appearing on camera in front of thousands of viewers with a wizard's hat and beard on? Or wearing a space-helmet? Or with a bright pink moustache?

Well one rather unfortunate reporter experienced all that and more, and the best part is, he didn't even realise it. 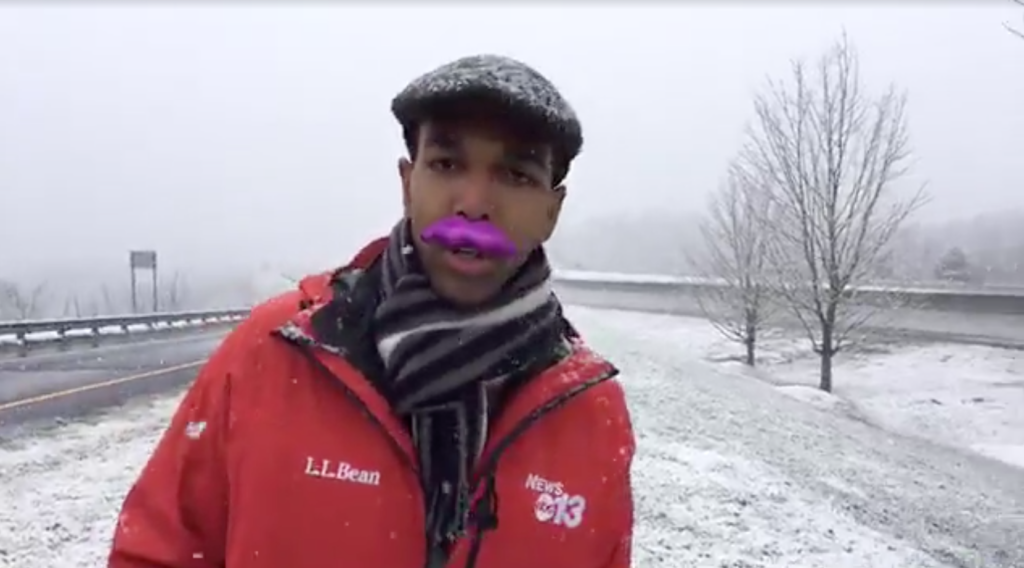 Justin Hinton, a reporter for CNN undoubtedly made the blooper reel this week after accidentally activating a filter generator on his phone while broadcasting a weather report.

He was stood next to a snow-covered highway in Madison County, North Carolina, before beginning his broadcast via the network's Facebook page.

As he began, a gold headband appeared on his forehead while confetti rained down from above.

The filter then proceeded to change every few seconds, enveloping Hinton in increasingly zany headwear.

He only realised the gaffe once he took a look at the comment section of the video after he'd finished.

"The [photography] I was working with said something about the screen having weird faces," Hinton explained in a Facebook post. 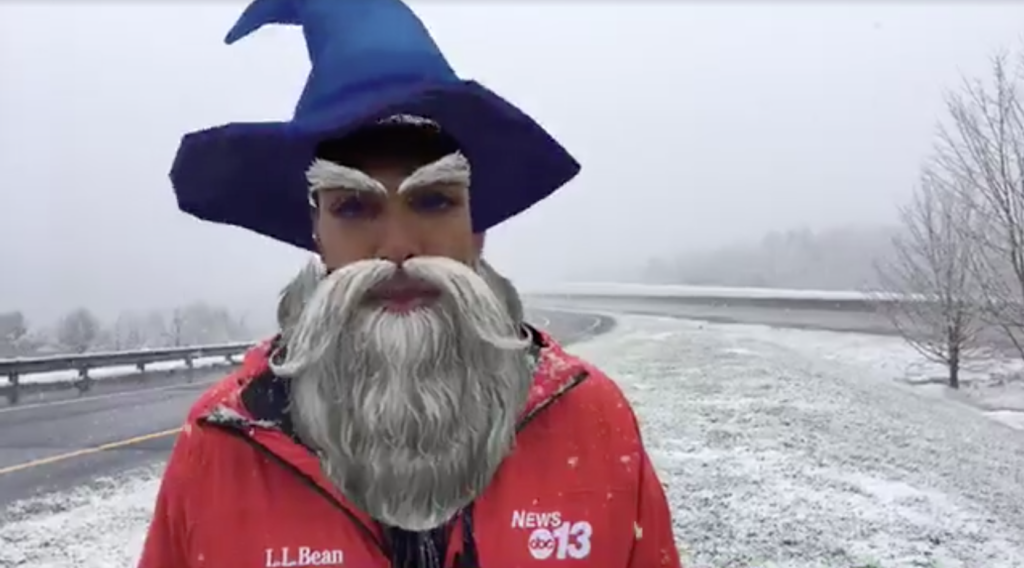 "He didn't elaborate, so I said it would probably go away. Needless to say, it did not go away.

"My bosses, co-workers, friends and more called/texted saying how funny it was."

"If you can't laugh at yourself, what's the point in laughter?" He added.

"I hope you enjoyed the snow day, and remember to smile and laugh!"

This reporter kept a sense of humor after he accidentally activated a filter generator on the phone he was using during a weather report. He didn't realize what was happening until he was off camera and saw comments from viewers. https://t.co/1gxqH7wvJd pic.twitter.com/lqQI5aGxLt