THE END is nigh for Donald Trump in the White House but the outgoing President could yet be set for final sojourn as the leader of the free world.

According to the Sunday Post, Trump has set plans in motion to jet off on January 19, just one day shy of Joe Biden’s inauguration as US President.

The report claimed Trump is considering travelling to his golf and hotel resort in Turnberry over in Scotland, in order to avoid seeing his Democrat rival sworn into office.

Officials at Prestwick Airport have been told to expect the arrival of a US military Boeing 757 aircraft on January 19.

This same type of aircraft was previously used to transport the President over to Turnberry as part of a whistle-stop visit of his hotel complex.

Unfortunately, however, those plans now appear to be on shaky ground after Scotland’s First Minister Nicola Sturgeon said that Trump would not be allowed to visit.

"We are not allowing people to come in to Scotland without an essential purpose right now and that would apply to him, just as it applies to anybody else,” she told reporters.

That rejection could yet pave the way for Trump to make a beeline for Ireland and the Doonbeg hotel and golf resort over in west County Clare.

Under the rules on incoming air passengers in Ireland, Trump only needs to provide a negative PCR test taken within 72 hours of his departure date in order to be allowed into the country.

Given that the US President has already contracted and recovered from Covid-19, that should pose few problems. 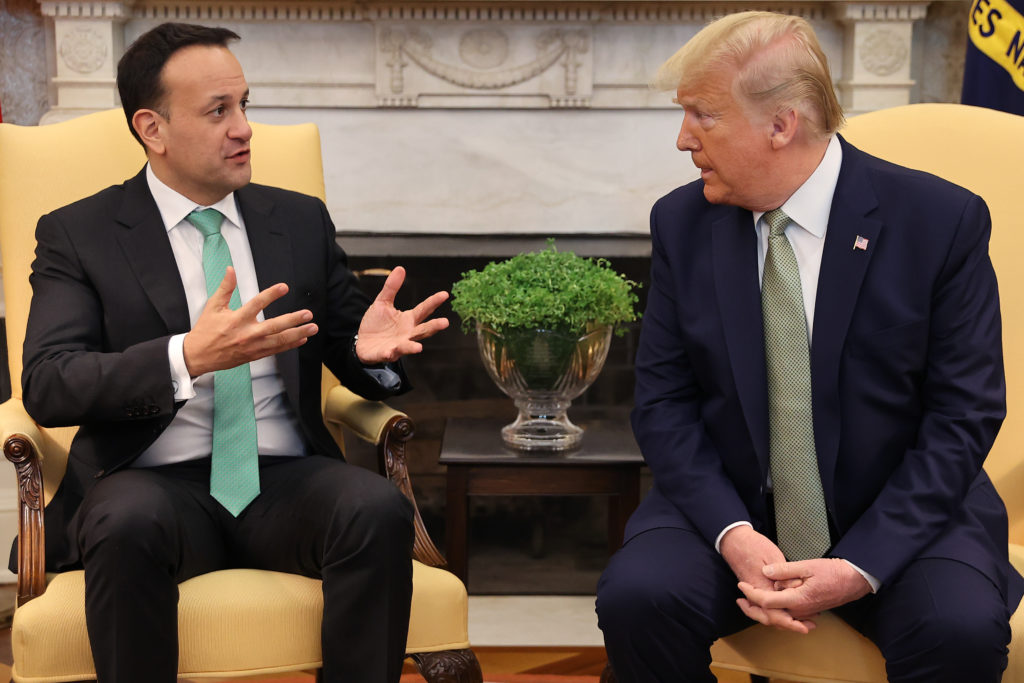 The President has enjoyed something of a hero's welcome on each of his previous visits to the region – and it’s not difficult to see why.

The Trump International Golf Links & Hotel Doonbeg has consistently provided a major boost to the local economy, not least when the President used it to host a series of meetings with Irish political leaders a few years ago.

Little wonder then that the majority of Doonbeg residents were rooting for Trump to win, despite Biden’s noted familial links to Ireland.

Local publican Tommy Tubridy, for instance, previously told the Irish Mirror of how he prayed for a Trump victory last year.

"He is a decent fella who has got a lot of negative press both here and in America. All the media is against him,” he said.

“All I know is the Trumps are decent and honourable people. His two sons Eric and Don Jnr are a credit to him and are in and out of here anytime they are in town.

“There is no nonsense with them. They are two down-to-earth boys who have supported everything in the community, from the GAA team to the drama festival.

It’s this kind of response which could see the outgoing President opt to head over to Ireland, rather than Scotland.

And while golfing and other sporting activities may be prohibited, the fact Trump owns the golf course at Doonbeg could see him find a way to sidestep the rules – not for the first time either.

While reports of Trump’s possible escape to Scotland remain exactly that – reports – Ireland could yet prove to be a palatable alternative for a politician looking to escape reality.