A FUNDRAISER set up to repatriate a Kurdish family of three who were tragically killed in a road traffic accident in Galway has reached almost €60,000 in just over 13 hours.

Karzan Sabah, his wife Shahen Qasm and their eight-month-old daughter Lina died in the incident on the M6 at Poolboy in Ballinasloe on Thursday evening last, and another woman was also injured in the three-car collision.

The incident occurred after a man who is understood to have been suffering with severe mental health issues drove his car down the wrong side of the motorway for at least 2 kilometres as high speed.

Karzan and Shahen were Kurdish nationals who had been living in Ireland for several years, and their eight-month-old daughter Lina was born here in Ireland.

The tragedy occurred as the family were travelling back from viewing properties Co. Carlow, where Mr Sabah was due to take up a new job as a lecturer, and the family were planning to start a 'new life'. 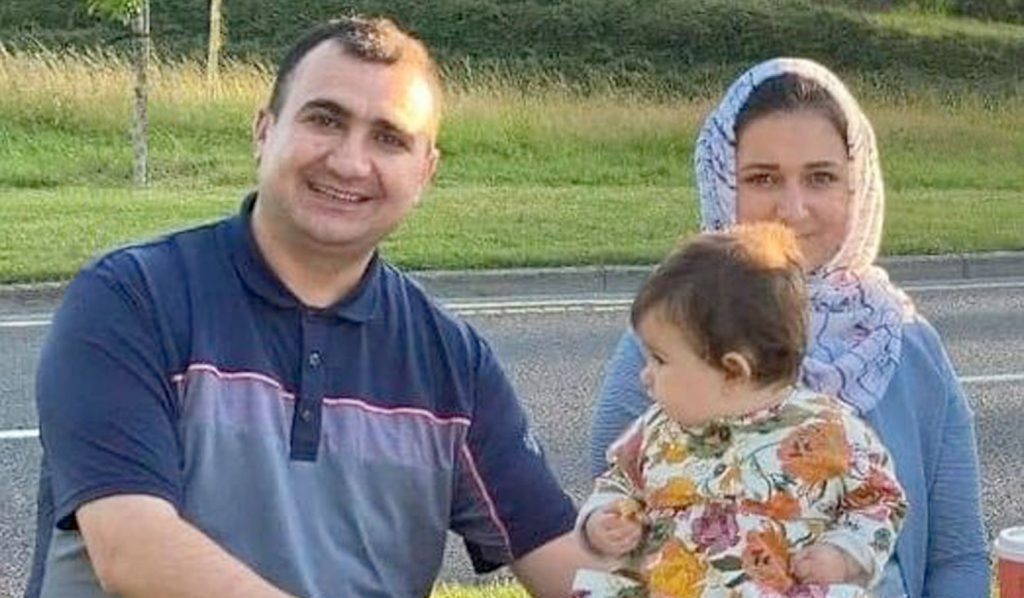 Now a friend of the family has set up a fundraiser to help bring the young family back to Erbil in the Kurdish region of Iraq, to be laid to rest near family and loved ones.

Incredibly, just 13 hours after being set up, the GoFundMe has raised over 60,000 as the family's tragic story touch the hearts of people across Ireland and beyond.

"On Thursday the 19th of August 2021, a light was extinguished from so many lives. Our friend and colleague Karzan, along with his wife Shahen and their 9 month old baby Lina were cruelly taken from the world. We were all left devastated, heartbroken and confused by such a senseless loss.

"Their lives were only just beginning, with Karzan having just submitted his PhD thesis, secured a new job, and of course the unbridled joy of Lina being born. They were so happy.

"The only small comfort we have is knowing that they are still together.

"We now desperately want to repatriate them back to their families in Erbil in the Kurdish region of Iraq so that they can be close to their loved ones. It would have meant a great deal to Karzan and Shahen.

"You would not have meet two nicer people, who loved Ireland and touched the lives of those they met. Many of us didn't get to meet Lina, and she never got to meet her family in Iraq. The shortness of her life is particularly difficult to understand. The least we can do is try and get them home so that they can find some peace."

They urged anyone who is able to help to give "what little you can" to bring the young family home and "bring some sense of comfort to those people affected by this awful tragedy".

You can check out the fundraiser or donate by visiting the website here.