RIVERDANCE star Michael Flatley used his sports car to chase after a gang who broke into his Cork mansion to steal an African rhino horn.

Flatley raced after the thieves as they escaped with the valuable item in an attempt to follow them until Gardai could intervene, but once he reached the Castlehyde gateway on the Fermoy-Mallow road the gang disappeared.

"I don't really want to say much because the gardai are examining the house. I don't want to interfere with their investigation in any way," he told the Irish Independent.

"But I will say that the gardai have been absolutely fantastic. They were here within minutes of the alarm being raised. In fact, I couldn't believe how fast they arrived."

The dancer stressed that, most importantly, he was relieved that his family and Castlehyde employees were unhurt in the burglary.

"I'm going to let the gardai do their job. They've been absolutely great and I have every faith in them." 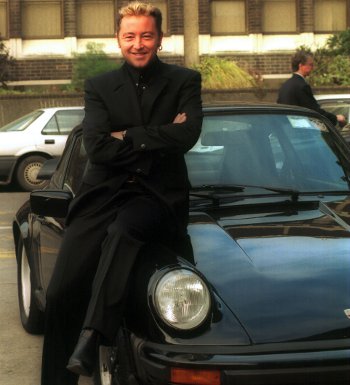 Members of a Limerick-based gang specialising in the trafficking of rhino horns are the prime suspects in the raid on the 18th-Century mansion.

Gardai believe that Rathkeale-based gang responsible for the theft of four rhino heads from the National Museum last year are responsible.

The gang took off with the rhino horn, which they ripped off a display, after Flatley went to investigate a loud noise that he had heard whilst with his wife, Niamh, and son, Michael jnr in another part of the house.

It is not believed that any other valuables were stolen, but Gardai and Castlehyde employees are now checking whether any other valuables, art or priceless first editions from his library, including James Joyce's 'Ulysses', were taken.

Rhino horns can fetch up to €60,000 per kilo if sold on the illegal black market.

Gardai are now appealing for anyone who may have spotted suspicious activity near the residence to contact them.