The "vital" Irish building has been listed for sale (Image: Brown Harris Stevens)

The association, which boasts a membership of prominent doctors, lawyers, and actors-- including Liam Neeson-- put their Fifth Avenue headquarters on the market for $52 million (€43.2 million) last month.

Responding to the news, Irish Minister for Foreign Affairs Simon Coveney said it was a “deeply disappointing development.”

The society has benefited from hundreds of thousands of euro from the IrishState in recent years by virtue of an emigrant support fund overseen by the Department of Foreign Affairs.

Discussing the matter in the Dáil, Mr Coveney said the building on Fifth Avenue is “a cherished symbol of the profound relationship that has grown between our two countries through the centuries”.

“While the society is more than its premises, the building on Fifth Avenue is an iconic emblem of Ireland in New York and a vital part of the infrastructure that underpins US-Ireland relations,” he said. 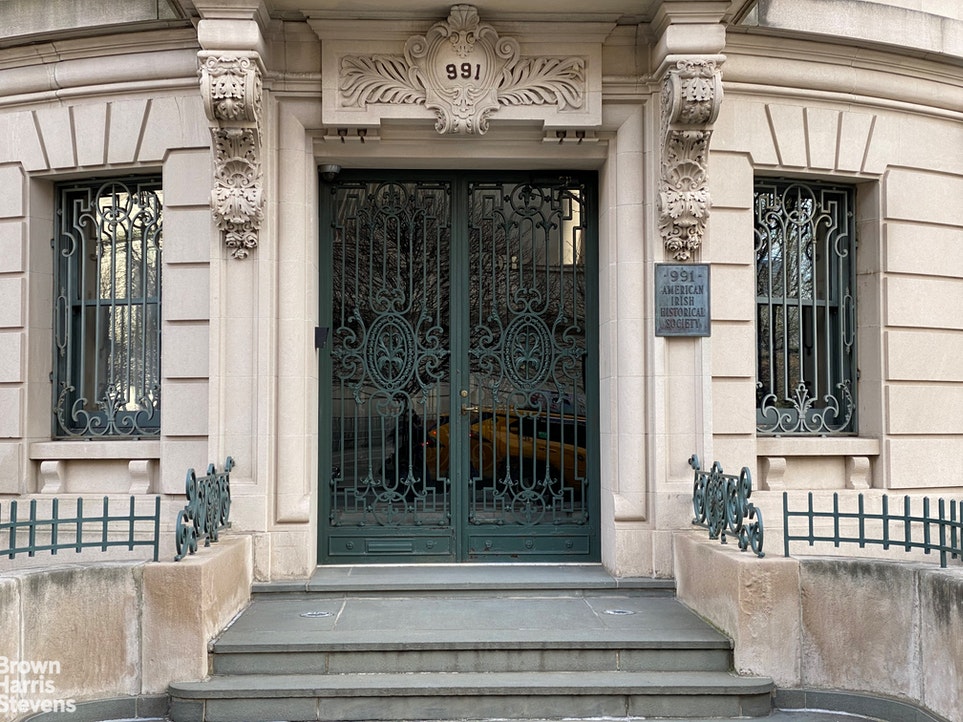 The "vital" Irish building has been listed for sale (Image: Brown Harris Stevens)

Founded in Boston in the 19th century, the society has been a prominent Irish American cultural hub for over a hundred years.

President Theodore Roosevelt and the renowned tenor John McCormack are among the institution's previous members.

The society bought the Beax-Arts Manhattan townhouse – the interior of which recently featured in the hit HBO series Succession – in 1940.

According to The Irish Times, it has received a total of $993,000 between 2008 and 2018 from the emigrant support fund – contributing to salaries, outreach initiatives and resources for the society’s illustrious library.

A number of other high-profile patrons give support to the society, which, in spite of this, has come under mounting financial pressure in recent years.

The Covid-19 pandemic has exacerbated these woes by forcing the venue to close and forgo hosting the events and exhibits that it relies upon for income.

A GoFundMe campaign was launched last year to help it weather the storm of the pandemic, and a new petition to prevent the sale of the landmark cultural site has also garnered over 3,000 signatures, receiving widespread support among Irish Americans.

The petition to prevent the sale of the building argues that the premise "has for generations been a beacon to newly arrived Irish immigrants as well as native born Americans of Irish descent, celebrating the success of a once maligned minority and their part in the development of America."

"It is vital that the voice of the Irish American Community be respected and this monument to our people be preserved, its collections be protected and good governance ensured."

Legal avenues have also been explored, as it is thought that non-profit organisations need the approval of the state attorney general or local courts to sell assets – so a petition is also being put to the attorney general of New York over the issue, The Irish Times reports.

In its listing for the property, New York real estate agent Brown Harris Stevens states that the 100-year-old property is “largely intact”.

The online petition to stop the sale of the iconic building can be found here.