OFFICERS at Thames Valley Police are appealing for help to locate a woman accused of killing her children in a car crash who failed to appear at court in Aylesbury.

She faces two charges of causing death by dangerous driving after the car she was driving at 11.10pm on Monday, August 9 collided with a Scania HGV.

Her son Smaller, 10, and daughter Lilly, 4, were killed in the crash on the northbound carriageway between junctions 14 and 15, near Milton Keynes.

Yesterday Judge Francis Sheridan issued a warrant for her arrest, not backed for bail, saying he wanted the Home Office to put ports and airports on alert for her.

“It is most likely she will flee to Ireland,” he said.

He added: “This is a sad case, but by absconding to avoid the indictment being put is in my view tactical.”

Police have since appealed for information that will help locate McCann, who is described as white, approximately 5ft 1ins tall, of medium build, with brown hair and blue eyes.

She also speaks with an Irish accent.

She is known to have links to Derby, Huntingdon, Luton, the Northolt and Uxbridge areas of London and also the Republic of Ireland. 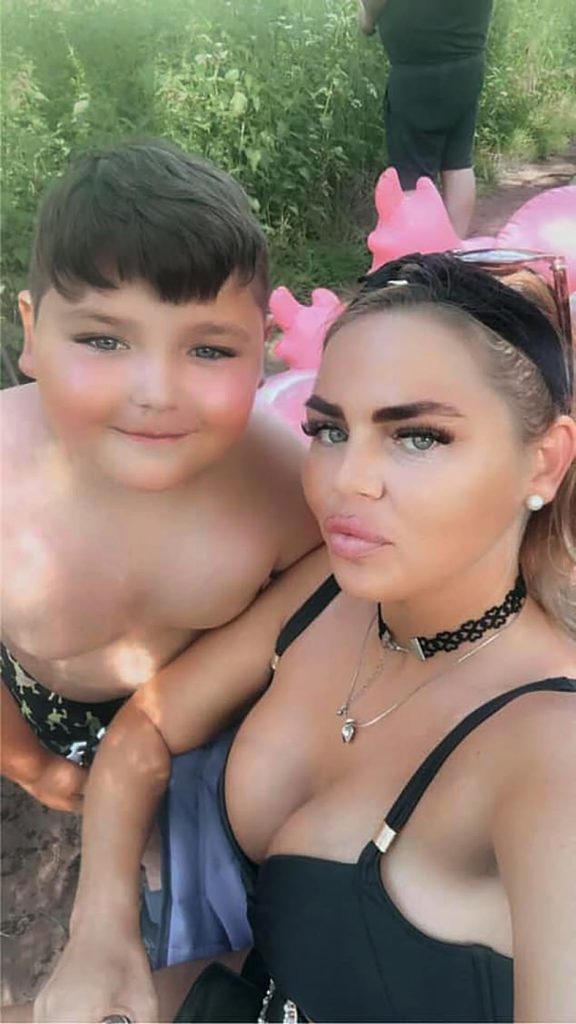 Mary McCann pictured with her son Smaller, who died in the crash

Sergeant Dominic Mahon, of the Joint Operations Roads Policing Unit, said: “We are appealing for the public’s help in locating Mary McCann after she failed to appear at court in connection with a fatal road traffic collision in Milton Keynes.

“We believe that it may be possible for McCann to try to alter her appearance.

“If anyone believes they recognise McCann, or has any information as to her whereabouts, then please get in touch with Thames Valley Police.

“We do not believe that she poses a danger to the wider public, however if you see her please call Thames Valley Police on 101, and quote reference number 43210356500.

“Alternatively, if you wish to remain anonymous, you can contact the independent charity Crimestoppers for 100% anonymity by calling 0800 555 111 or via their website.”