Ruth Maguire disappearance: Fears grow for Irish mother, 30, after she vanished during friend's hen do

UPDATE (14:45pm): A body was found in Lough Carlingford on Monday afternoon

FEARS are growing for an Irish mother-of-three who went missing after she became separated from friends during a hen party at the weekend.

Ruth Maguire, 30, was last seen at 11.30pm on Saturday night while out celebrating a pal's imminent marriage at Taaffe's bar in Carlingford, Co. Louth.

Around 32 of her friends, mainly from Belfast, realised Ruth was not with them after they returned to a house they had booked for the party around a five minutes' walk away.

Ms Maguire – who is originally from Belfast but lives in Newcastle, Co. Down – has not been heard from since.

Her friend Seana McMullan posted on Facebook on Sunday: "It's now been a full 24 hours since Ruth Maguire has been seen.

"She was separated from our hen party in Carlingford and we assumed that she would return by morning after a few of the girls searched for her".

The post added: "Her phone has not been active since 12pm last night."

Ms Maguire's family and friends have made a desperate appeal for anyone with information to get in contact. 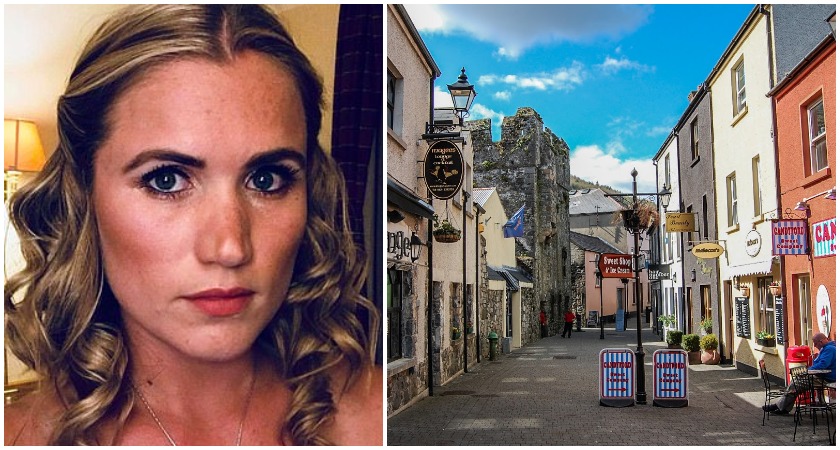 The Belfast native was in Carlingford for a friend's hen do (Image: Facebook)

"He drove down today and she was not there. Her mobile is going straight to voicemail. It was 11.30pm last night she was last seen.

"The police in Carlingford are involved."

In a statement, Gardaí in Co. Louth said the force was "conducting a search operation along with other agencies in trying to locate a 30-year-old female who became separated from her friends."

A search and rescue operation by the Irish Coastguard, Rescue 116 helicopter and Kilkeel lifeboat was launched around the southern end of Carlingford Lough on Sunday afternoon.

However, the search was suspended as darkness fell and was due to resume on Monday morning.

Ruth is described as tall, slim, with blonde hair and was wearing a black t-shirt with the caption 'Member of Irish Bride drinking team' and black jeans when last seen.

Her phone is turned off and her coat was later found in the bar.

Anyone with information on Ruth’s whereabouts is urged to contact Carlingford Garda Station on 042 937 3102.