Shannon airport is a likely target for drone disruption, a Clare councillor has warned.

The airport has Ireland’s longest runway and is one of the most important routes for transatlantic flights for Ireland and the rest of Europe.

It is regularly used for emergency landings and it a key piece of State infrastructure with almost two million passengers passing through the terminal every year.

And a week after flights were temporarily suspended following a drone sighting at Dublin airport, Clare councillor Cathal Crowe fears Shannon could be next.

He said: “We’ve had two incidents at international airports over the past two months which have resulted in airport closures.

“While the closure at Dublin last week lasted less than an hour it still resulted in diverted flights.

“The situation in Gatwick before Christmas was an indication of just how disruptive a drone can be, with hundreds of flights cancelled and a cost to the airlines of an estimated $64.5m.

“Despite the Taoiseach’s claim that we have quite robust legislation, the closure of Dublin airport last week sent a clear signal that the law does not go far enough. Until robust legislation is brought into force a threat is still posed, and Shannon airport could be the next target.” 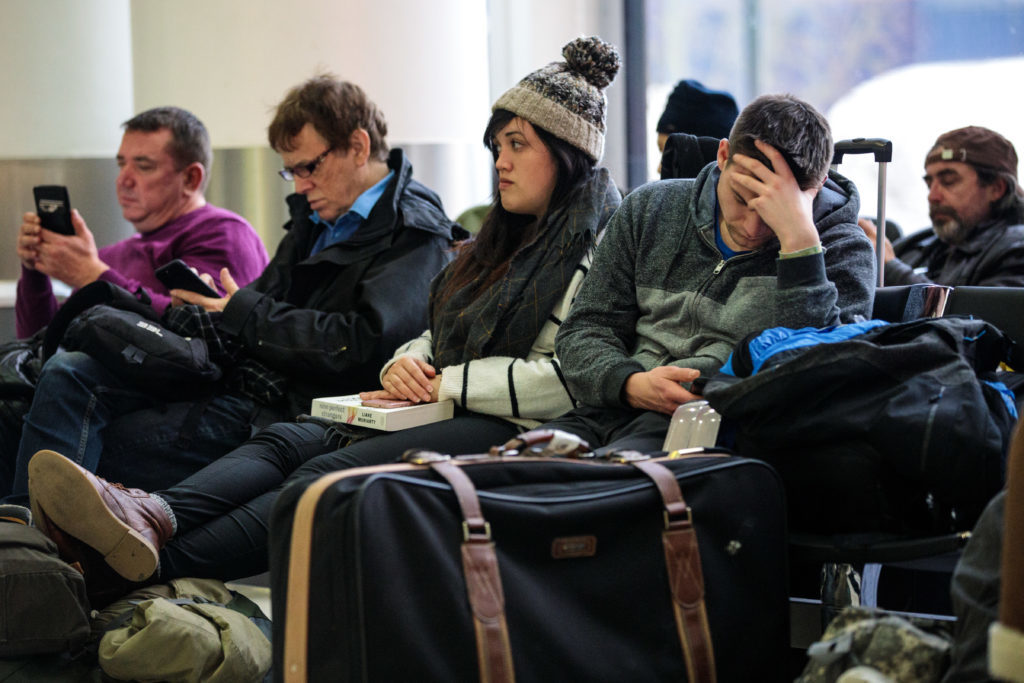 Passengers wait in the South Terminal building at London Gatwick Airport after drones were spotted over the airport on the night of December 19. The shutdown sparked a succession of delays and diversions in the run up to Christmas. (Photo by Jack Taylor/Getty Images)

The Fianna Fáil General Election hopeful wants to see drones registered with the Irish Aviation Authority (IAA) and ensure that all owners are issued with a registration certificate by the IAA.

“Fianna Fáil has already drafted the legislation, but the government needs to progress it more urgently,” he said.

“If the government is serious about addressing the threat to Irish airspace it should be moving this Bill through the Dáil and Seanad so that it can be signed into law as soon as possible.”