TAOISEACH Leo Varadkar has described the Irish constitution's treatment of the role of women as "sexist and backward" and called for its reform.

Speaking at the 1st International Congress of Parliamentary Women’s Caucuses at Dublin Castle, Mr Varadkar described Article 41.2 - the controversial clause which encourages women to take up domestic duties over paid employment - as "insulting and outdated".

A referendum to remove the provision is set to be held by November this year.

"I know there are some people who are opposed to changing this, to taking this language out of our constitution, saying it's only symbolic.

"But I think symbols and gestures matter. 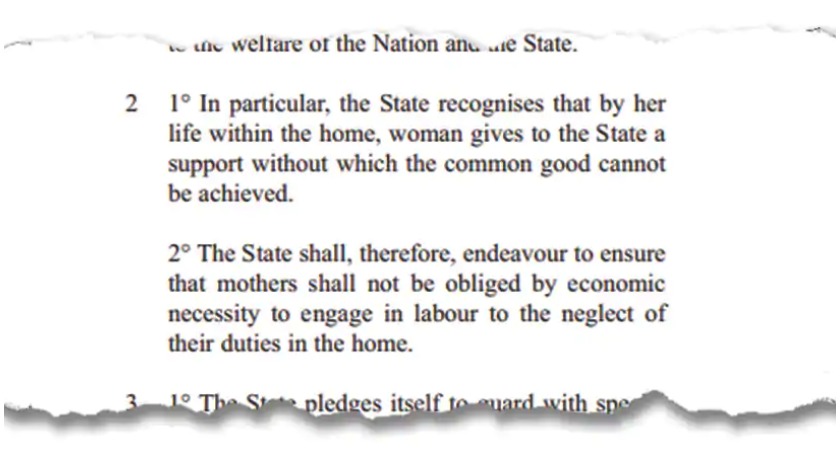 A referendum on Article 41.2, pictured above, is to be held by November (Image: Oireachtas)

"A women's place is where she wants it to be and our constitution should say no different.

"So as a government we support a referendum on the role of women at home to remove this outdated and insulting language from our constitution, without diminishing the good work that carers do in our society."

The Taoiseach also told the conference that women are underrepresented in decision-making structures across both the private and public sectors.

The event - attended by politicians, activists, writers, artists and academics from over 40 countries - is aimed at discussing how parliamentaries can work to address issues facing women in the modern era.

Mr Varadkar added that the number of Irish women who have held ministerial roles in government, at 19, was "far too few and something has to change".

He said: "Barriers that women face when it comes to full and equal participation in political process are many.

"A lack of encouragement can sometimes lead to a lack of confidence.