LONDON, ENGLAND - JULY 13: A giant baby trump balloon flies over the Parliament Square during a demonstration against the visit to the UK by US President Donald Trump on July 13, 2018 in London, England. (Photo by TF-Images/Getty Images)

THE INFAMOUS Donald Trump baby blimp has officially been retired and placed in a museum.

The massive inflatable - which depicts a rather unflattering image of the US president wearing a nappy, phone-in-hand with a rather grumpy-looking face - made international headlines when it was flown above Parliament Square in London during the protests over Mr Trump's state visit to the UK in 2018.

It was flown again the next day in Edinburgh on the day Trump arrived to spend the weekend at his Turnberry golf course.

Ever since, it's been galavanting around the world and has been flown during protests in Ireland, France, Argentina, and Denmark, to name a few.

The Museum of London announced in 2019 that it was in talks to purchase the 20ft effigy, to put on display in its 'protest collection'.

Now, following a global tour, it's been "consigned to history" and is heading for its final resting place, at the museum. 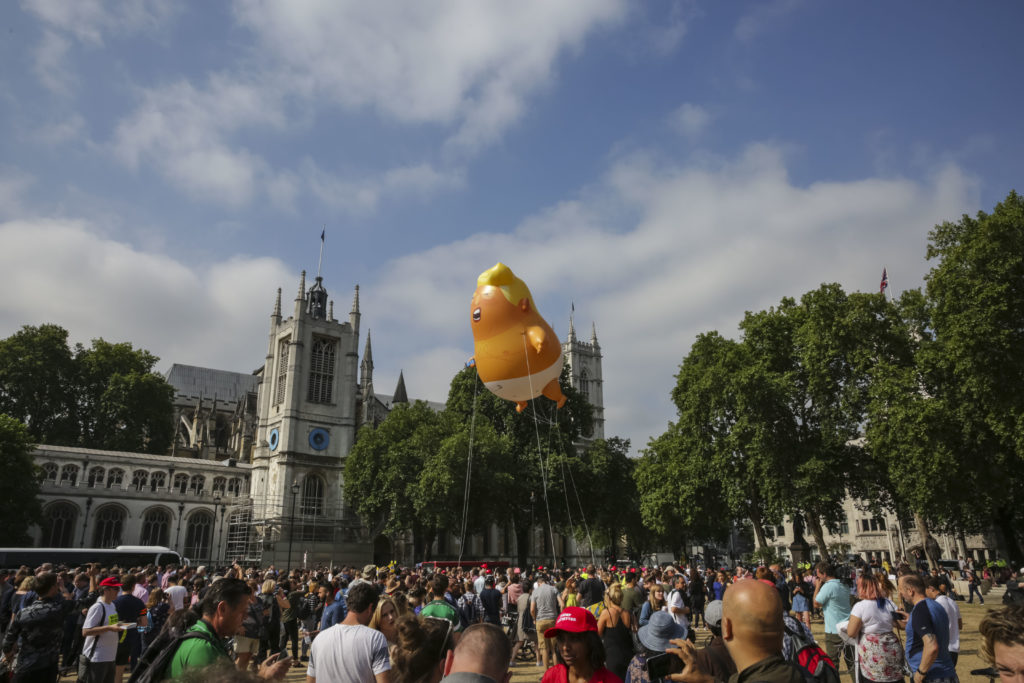 LONDON, ENGLAND - JULY 13: A giant baby trump balloon flies over the Parliament Square during a demonstration against the visit to the UK by US President Donald Trump on July 13, 2018 in London, England. (Photo by TF-Images/Getty Images)

The creators of the balloon said they hoped it served as a reminder of the fight against the "politics of hate".

"While we’re pleased that the Trump Baby can now be consigned to history along with the man himself, we're under no illusions that this is the end of the story," they said in a statement.

"We hope the baby's place in the museum will stand as a reminder of when London stood against Mr Trump - but will prompt those who see it to examine how they can continue the fight against the politics of hate.

"Most of all we hope the Trump Baby serves as a reminder of the politics of resistance that took place during Trump's time in office.

"The most ironic and fitting thing now is it’s currently in quarantine in the museum."

Museum of London director Sharon Ament said she was "determined" to get the balloon for display when she first saw it in 2018.

"Of course the museum is not political and does not have any view about the state of politics in the States, but the blimp touches on a typical British response, satire," she told PA.

"We use humour a lot, and we poke fun at politicians. This is a big - literally - example of that…