IRELAND'S FIGHT against Covid-19 has hit a vital milestone as over one million people have now received at least one dose of the vaccine.

Taoiseach Micheál Martin broke the good news yesterday, writing on Twitter that he had been informed by the Health Service Executive (HSE) of the million mark being broken.

Taking to social media, the Taoiseach said: "Just been informed by [the HSE] that we've reached 1 million first doses of the [Covid vaccine]."

Great work by all the vaccination teams and GPs across the country.

He paid tribute to the volunteers and medical staff across the nation, writing "Great work by all the vaccination team and GPs across the country."

The vaccines have long been hailed as Ireland-- and the world's-- way out of the pandemic, but the country has been hit with supply issues from AstraZeneca, and have also paused the roll-out of that vaccine to examine reports of rare blood clots potentially caused by the jab-- the AstraZeneca vaccine is now used only in the over-60s category.

With over one million people in Ireland now having received their first dose, and over 400,000 people with their second dose, the government is optimistic about the future. 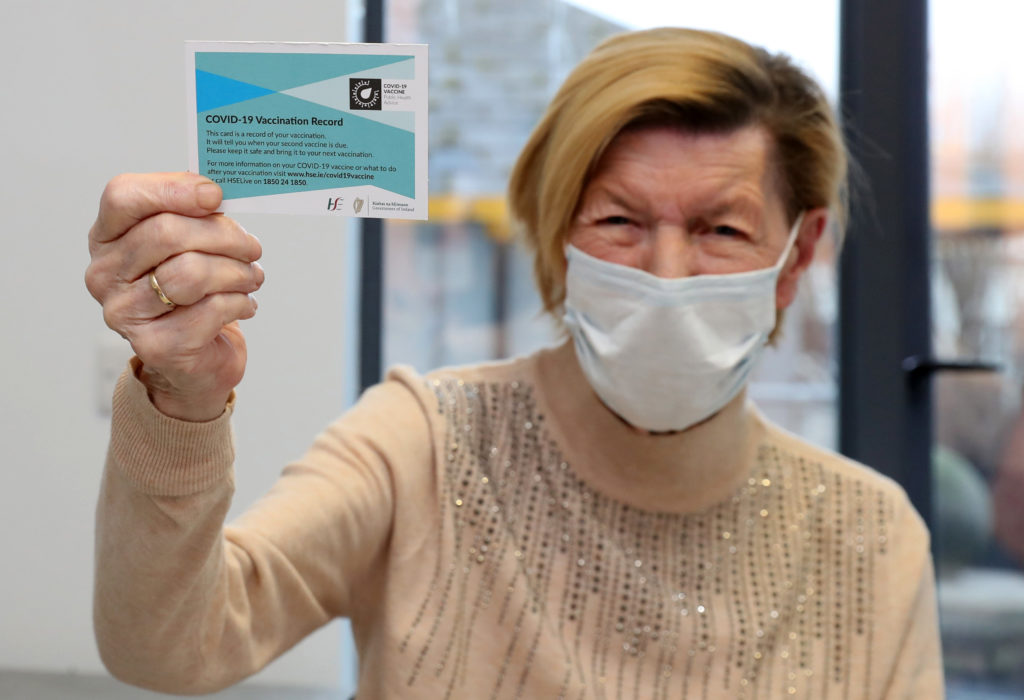 Annie Lynch, the first person in Ireland to receive the vaccine in January 2021 (Image: HSE)

While the number of daily cases remains relatively high, the number of people in hospital and ICU are continuing to drop, with the vaccines being lauded as part of the reason for the positive change.

As of yesterday evening, there were 174 Covid-19 patents in hospital, with 45 of those in ICU.

A further 429 cases and one further death was also reported, bringing Ireland's total number of confirmed cases since the pandemic began to 246,633.

The Taoiseach has implied that, while the rollout of vaccines is going well, 'outdoor' is the theme of the summer-- a blow to the hospitality sector who are seeking a return to indoor dining and drinking.

Speaking on RTÉ's This Week In Politics, Mr Martin said nonessential retail, hairdressing, religious services and outdoors sports could resume from next month.